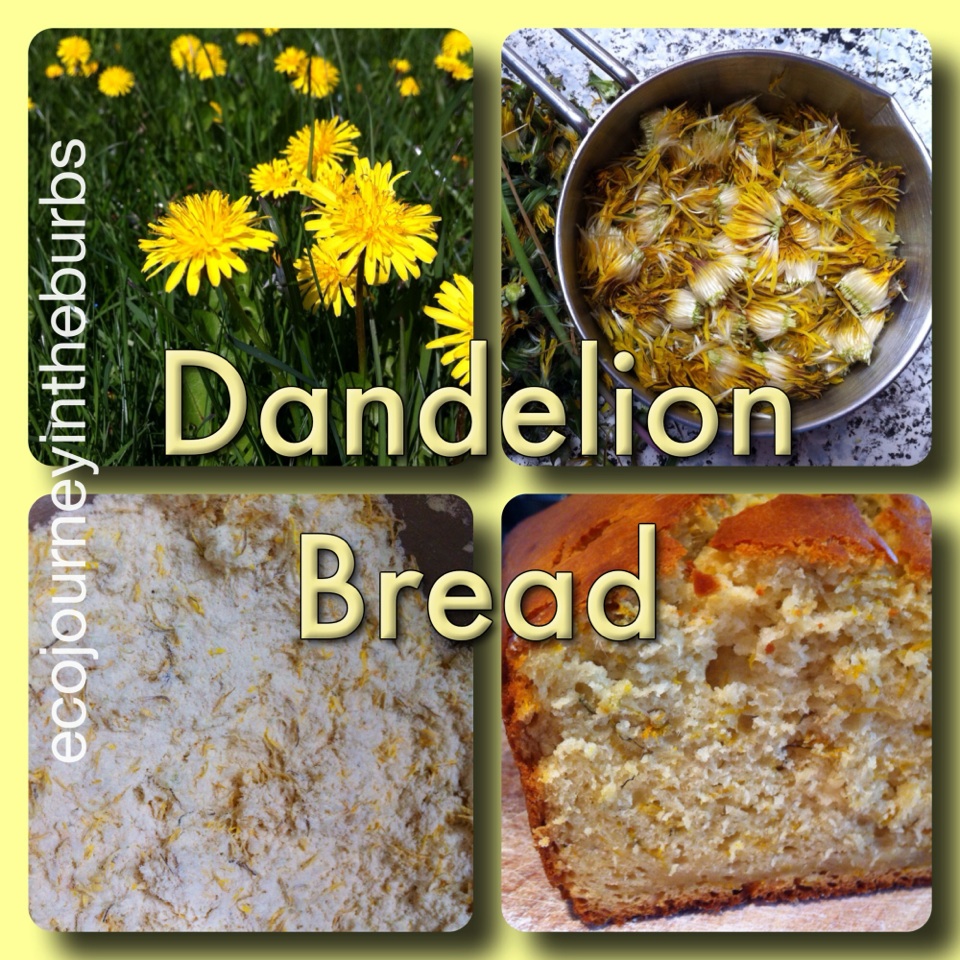 I have been in a bit of a funk and feeling down. Going back to a routine after spring break, which would have been good for me, was interrupted by my daughters getting sick. As any parent knows, when one person in the family gets sick it's just a matter of time before someone else gets sick. By the time my girls were ready to go back to school it was my turn to feel sick. I felt like I was dropping the ball at work. Then the beautiful summer-like weather we had the last week of the break turned to more typical chilly spring rain. I really needed a pick-me-up by the weekend.

What is happier than flowers? I have been wanting to harvest and cook with all the dandelions that grow in my lawn for some time after all the delicious recipes I have been seeing around the interwebs. Many people use the young dandelion greens in their salads, especially in the spring, but I wanted to challenge myself to use the flowers.

Dandelions are full of calcium, iron, Vitamin C, Vitamin A and Vitamin K. They also have potassium, folic acid and magnesium. In Traditional Chinese Medicine they are used as a spring cleanse and diuretic. But that's not why I wanted to try them. I just like the idea of foraging for food and eating something people consider a weed. It makes me feel a little rebellious. 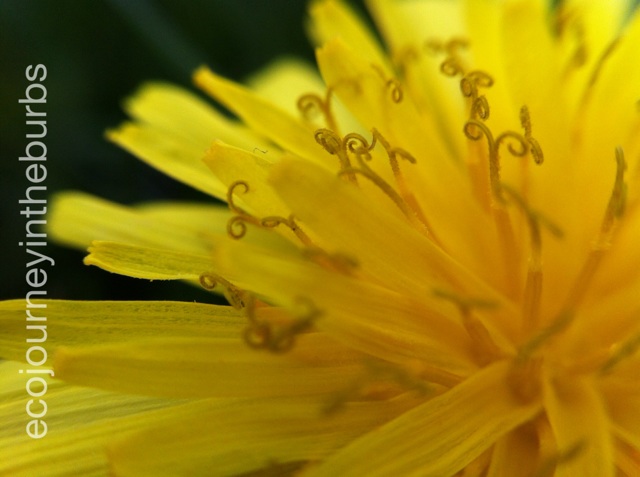 My front lawn is covered in dandelions so it is easy for me to pick them.

I had originally decided to try dandelion fritters, but changed my mind and made dandelion bread instead because I liked the look of the yellow bread in the recipe I loosely followed here. I'm glad I found the website and I am interested in checking out the blogger's book, Fat of the Land: Adventures of a 21st Century Forager for more "wild" food I can collect in my area. 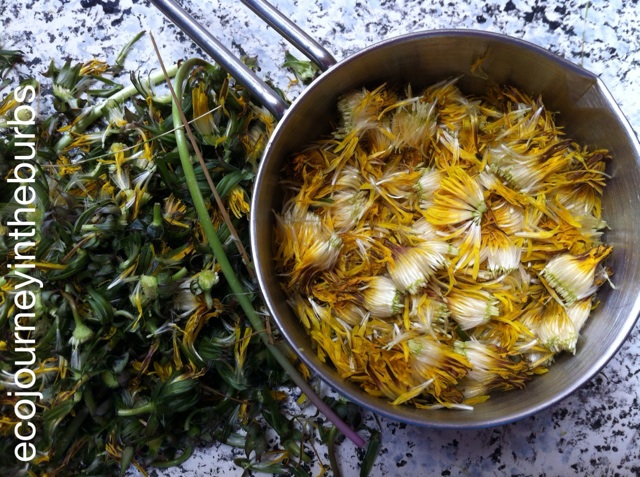 After picking off all the green leafy parts I had about 3/4 cup of dandelion petals (the original recipe calls for one cup).

Next time I think I will mix in some whole wheat flour for added texture and flavour and perhaps some ground nuts. 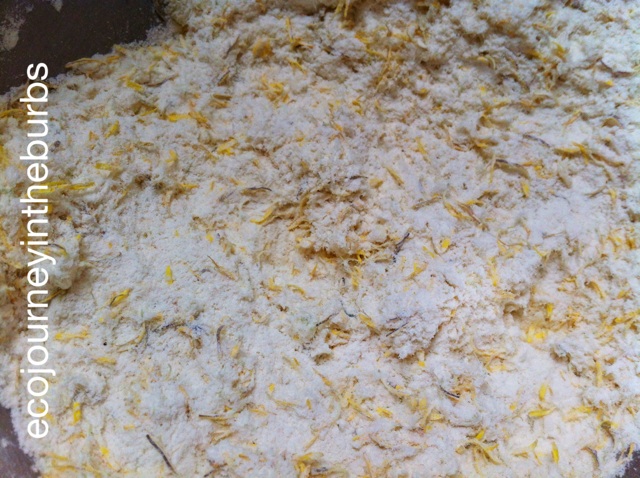 One of the reasons I have problems with baking is because I can't help myself; I like to add and substitute. I wasn't sure how flavourful the bread would be with just the petals so I added some grated ginger. I also don't use canola oil, so I substituted with almond oil.

Here is my first version of the recipe:

Mix the dry and wet ingredients separately, then add the wet to the dry, leaving it somewhat lumpy. Pour into a baking dish and bake at 350 degrees until done. 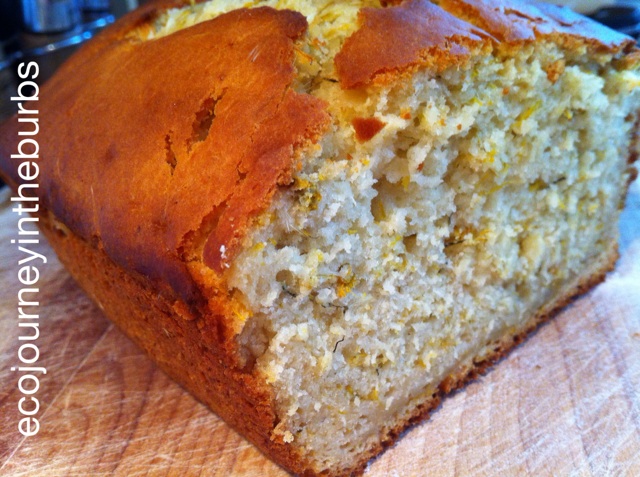 Overall I like the bread, which has a mild flavour that increased somewhat in intensity the next day. Everyone in my house enjoyed it except for my extremely fussy five year old Banana Girl. Actually I'm not sure she dislikes it or just didn't want to eat more of it once she found out it was made with dandelion petals. In addition to some whole wheat (perhaps 1/2 cup) and nuts, next time I will add more grated ginger because I like more robust flavours.