Today we said goodbye to one of our cats, Shiva. She was the best cat I have ever known, so loving and friendly, and she will be dearly missed.

She suffered with what seemed like a sudden and rapidly progressing illness, and this was devastating to witness. We initially hoped that her treatments were having a positive effect on her health and we felt cautiously optimistic. It was, however, not to be permanent. Over the past couple of days it became evident that her poor body was shutting down, and it was time to let go.

I have decided to write this post to help me focus on all our happy, loving memories of Shiva, to help me forget her pain and suffering.

Eighteen years ago my husband (then boyfriend) and I went to an animal shelter to adopt a kitty. I was living on my own, the first time without a roommate, and I was lonely at nights and wanted a companion to come home to and love.

My daughters often ask me to share how Shiva came into our lives and it is a favourite family story.

When I first entered the cat area of the shelter Shiva was the first cat I saw. I was drawn to her partially because of her unusual markings of a tortoise shell cat. I loved her half and half, light and dark face. She was about four or five months old and had been rescued from the streets, so she was initially very skittish and leapt out of my arms when I held her. I continued around the room, looking at some of the other cats and kittens, but every time I went to pet another cat, Shiva would meow loudly and reach her paws out of her cage, trying to swat at me. I decided that she had chosen me so there was no need to hold another cat. 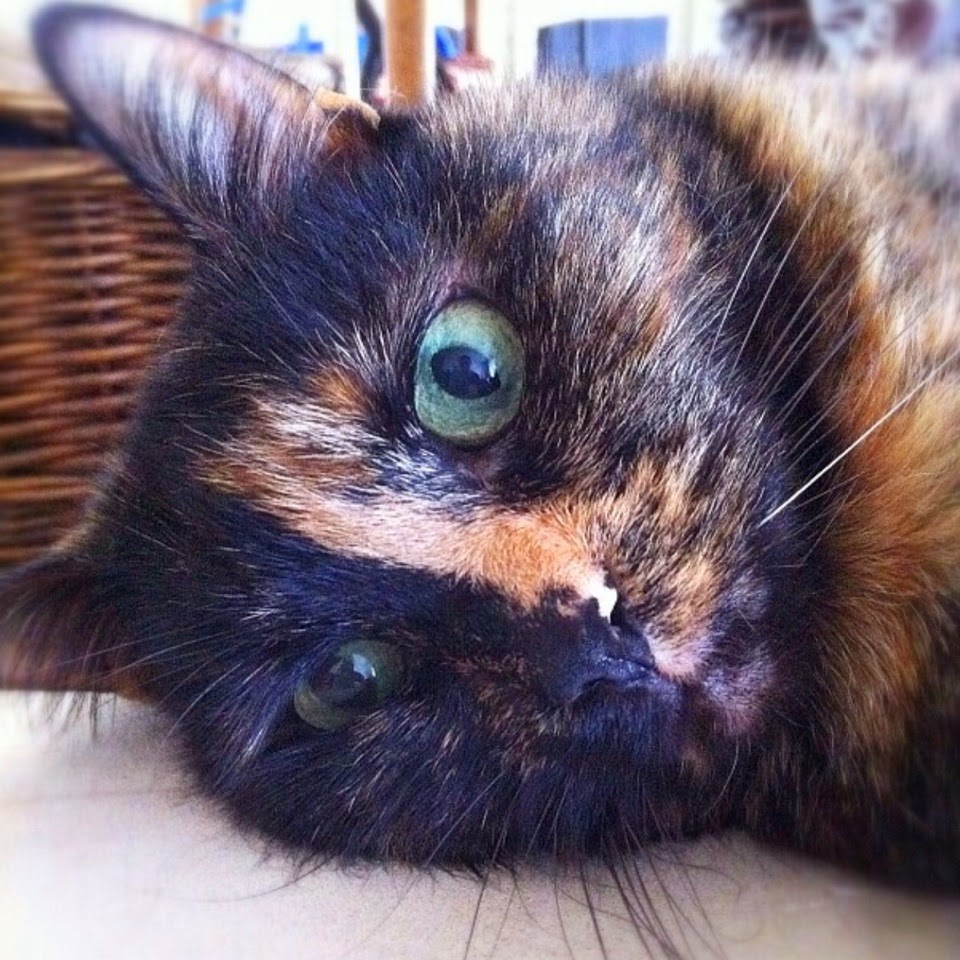 When my husband and I moved in together we had a blended family of cat children, and Shiva did not take kindly to sharing a home with his cat, Polly. Over the next few years a peace, or stalemate, was achieved, but it was at this point that a new cat, Charlie (a sort of wedding present, but that’s another story), joined our family. I like to joke that we had a blended kitty family of his, hers and ours.

As we brought human children into the family Shiva went through more adjustment periods. As cats can do, she would sniff the new baby, then turn her back on me for a few days, letting me know in no uncertain terms of my deep betrayal. Of course we always reached a new normal and she was happy with the loving attention from each daughter.

Perhaps tolerating the loving attention is a better way of looking at it, because she was at the receiving end of what a casual observer might see as harassment. My girls loved her, and squeezed her, and hugged her, and pulled at her, and sat on her, but she never acted aggressively toward them. In fact, she was very gentle and had a way of letting my girls know they had gone too far without hurting them.

Everyone who met Shiva remarked on how friendly and loving she was when they came to our home. When the doorbell rang she would run to the door to greet visitors and would not stop meowing or rubbing up against them until they said hello and gave her some attention. Her favourite spot to sit was up behind people’s necks on the back of chairs and couches while purring loudly. We think that in some ways she thought she was a dog or person with her decidedly uncat-like friendliness with strangers and family alike.

I have eighteen years of wonderful memories of our time with Shiva. She was the best cat I have ever met. I am her human mom and I am mourning her passing with my whole heart.

I love you Shiva.