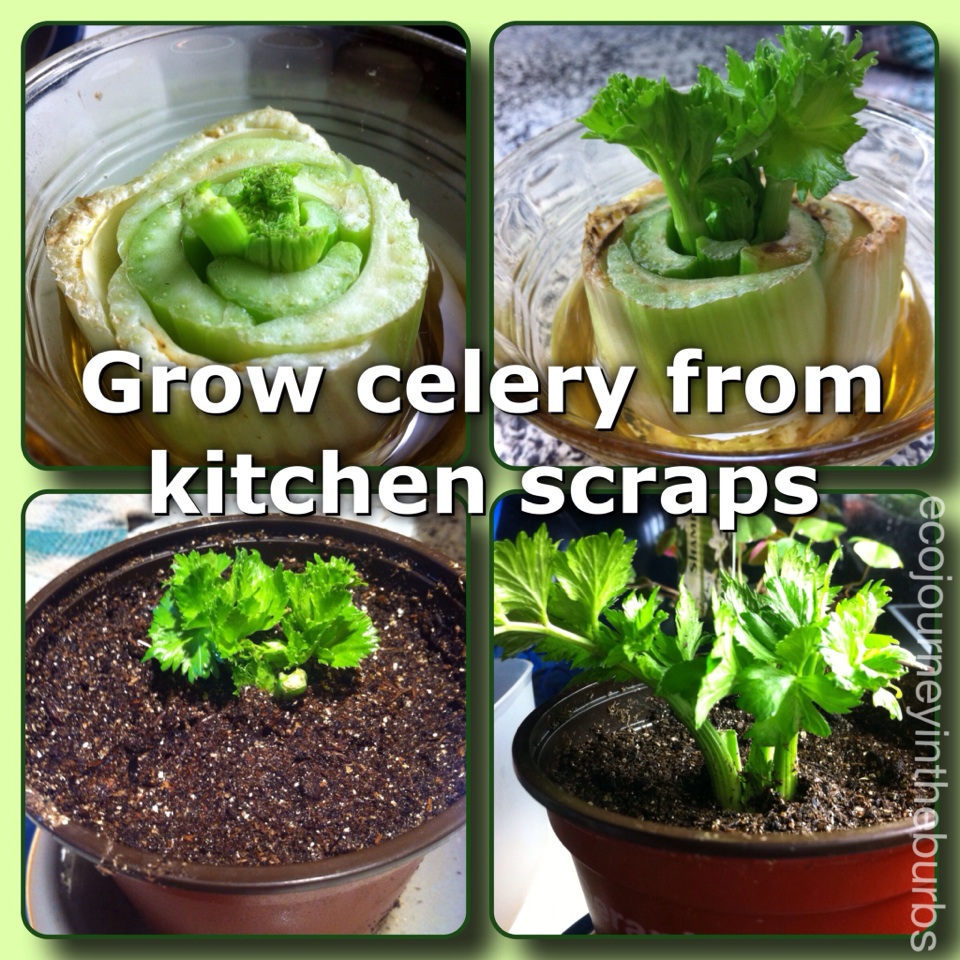 Spring is literally around the corner, as seen by the daffodils blooming, the garlic coming up in my garden and the clocks jumping forward this weekend. I can hardly wait to get outside in the sunshine and play in the dirt.

To tide me over until I can start my seeds, I decided to try something I have been seeing all over my Pinterest and Facebook feeds: growing celery from kitchen scraps. I wanted to see if it really does work to grow a new celery plant from the bottom leftovers of the celery I buy in the grocery store. I really was sceptical that it would work for me.

I started in early February with the bottom of some organic celery. I placed it in a small, shallow dish of water, changing the water each day.

After a week I started seeing some changes in the centre of the celery. The middle was beginning to grow and darken in colour. The outside of the celery cutting started going brown at the edges. 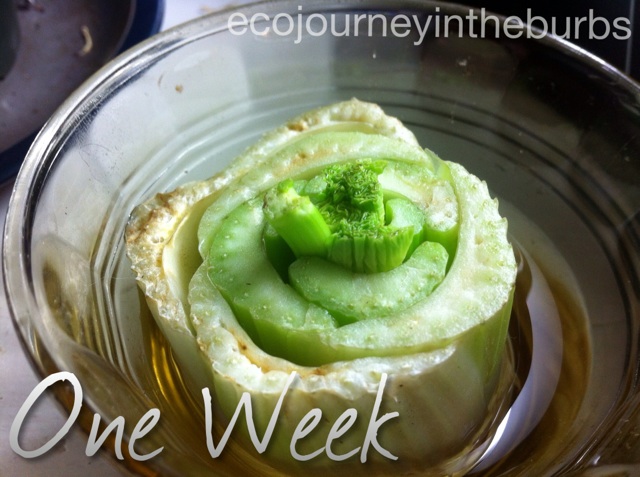 Steadily over the next week the centre started taking on the appearance of celery. At this point I decided to plant it in dirt. I buried the bottom cutting under the soil up to the base where the new growth had emerged, as can be seen in the photo collage at the beginning of this post. 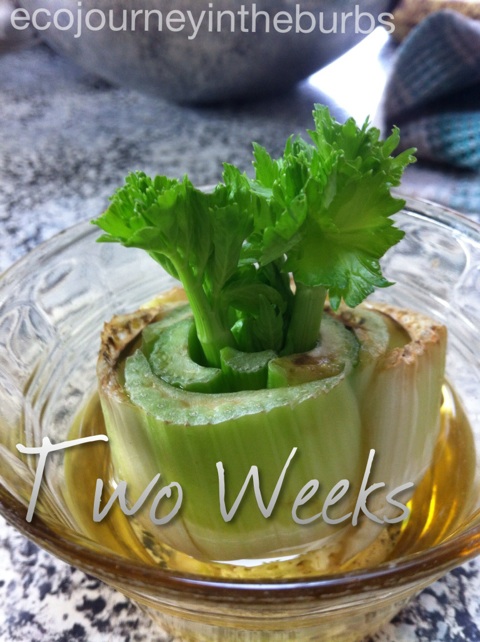 I was amazed at the rapid growth of the celery at just over three weeks. Look at all those leafy stalks! I was bragging about my little celery experiment to some moms at my daughter's birthday party and they all said they wished they had time to do something like this. I had to confess that it took almost no effort other than changing the water each day until it was planted. Once in the dirt it took as much effort as it does to look after house plants. 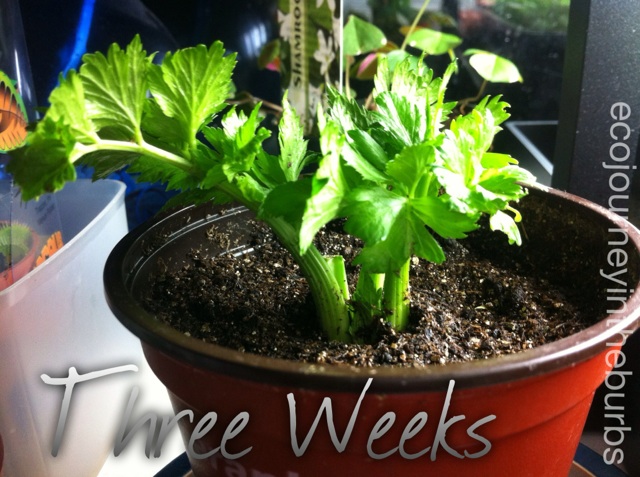 My little celery baby is now five weeks old and the leaves have filled out nicely. There are new little stalks forming in the middle. 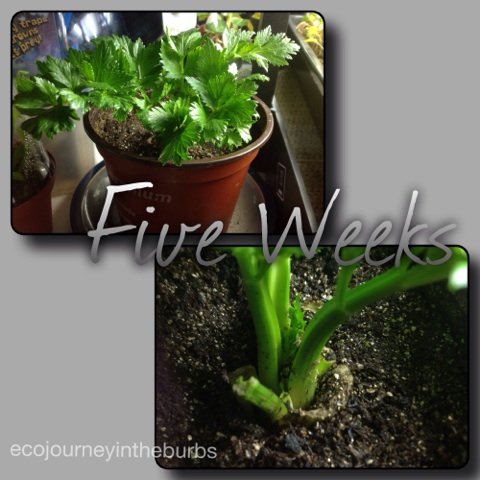 I have read that over the next months as it grows tall enough I will be able to cut a stalk here and there as I need it and new ones will continue to grow. In theory if I do this for a few plants I may never need to buy celery again!

I'm excited to see how this experiment turns out.