What's in a costume?

Like many families, we start talking about and planning our next Hallowe'en costume shortly after Hallowe'en ends. Of course my daughters change their minds many times throughout the year, and part of the fun is dreaming about all the cool costume ideas we can create. Some of the most used tubs in our playroom are the dress-up tubs. We have accessories for any type of princess you can imagine, pirates, cowhands, gypsies, Indian saris, wedding and bride's maid dresses, carpenters, doctors, wizards, witches, unicorns and on and on. Often my daughters' dress-up games are the beginning of some grand adventure or quest and they can play for hours. That's one of the things that I like about Hallowe'en - the role playing, becoming someone or something else. We can step outside our life and become more dramatic. 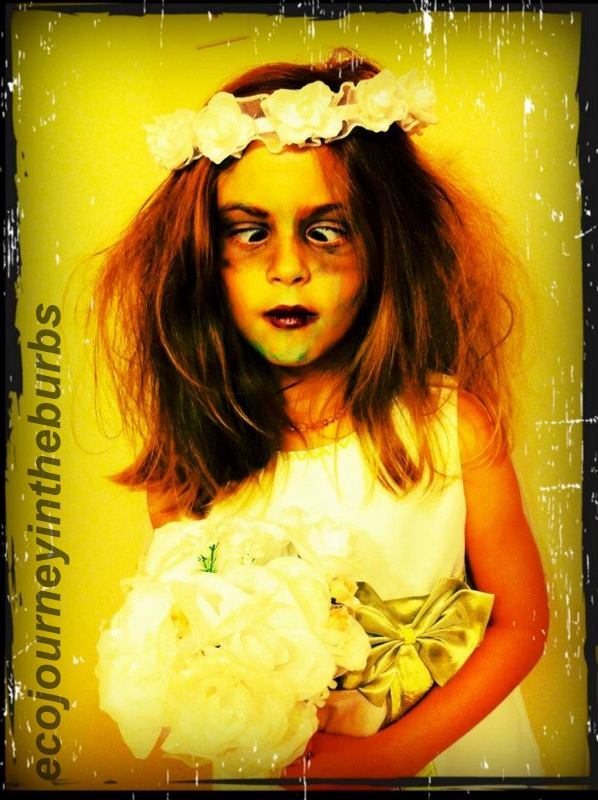 I have noticed the past couple of Hallowe'ens the "We're a culture, not a costume" campaign, designed to raise awareness about cultural stereotypes. Much has been said about the offensiveness of appropriating First Nations culture by dressing in a feather headdress, and most people I know would not dream of dressing in a traditional Chinese clothing and conical farmer's hat. We can agree that these are racist because they put forth a stereotype of a culture. But what of wearing African tribal clothing? Or wearing fake glasses with "Asian eyes" on them while carrying calculus books? Do people consider it acceptable to wear a turban and say they are a terrorist? Perhaps not in "polite company", school or work, but these types of costumes persist.

This issue came up when I was chatting with my oldest daughter about her costume for this year. She finally settled on being a witch and when I came home with a second hand costume from the local thrift store she was thrilled with the black and green sparkly dress and pointy hat. In trying to decide how to accessorize, she settled upon being a "good" witch rather than an "evil" witch. We began chatting about what made a witch good versus evil.

Now, before people accuse me of needing to loosen up and grab a sense of humour, I would like to state that I love witch costumes and I love playing up the mythology of a wart covered witch brewing a spell in her cauldron. It is my safety costume and I enjoy putting on the cackling voice and laughter. 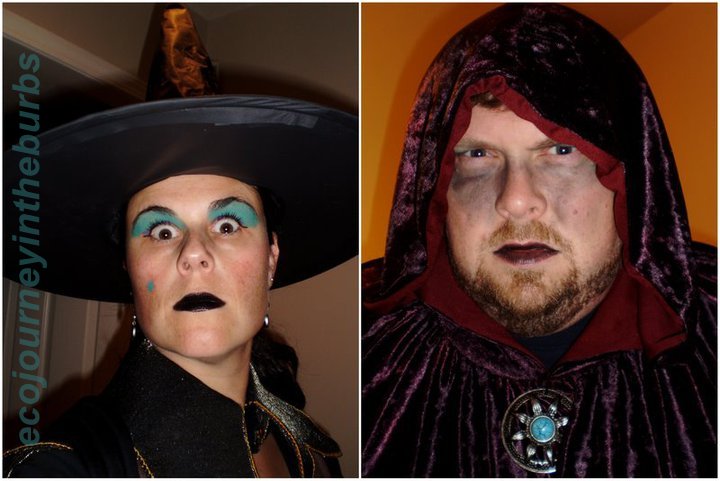 Me and my husband

I began telling my daughter about where the myth of the evil witch living alone in the woods came from; persecution of women who revered nature and used knowledge of nature to live. The brewing of spells in a cauldron? Probably came from making herbal tinctures to cure ailments. The Salem witch hunts are well known. Covetous neighbours may have made accusations because they were jealous of their property or something in their life. But largely people were scared of anyone who lived life differently or followed a different belief system so they were labeled evil. If someone was an independent woman who chose not to follow the same path as others she was accused of being a witch and could be burned at the stake or drowned. If she lived the accusations were true. If she died she was cleared of all charges. 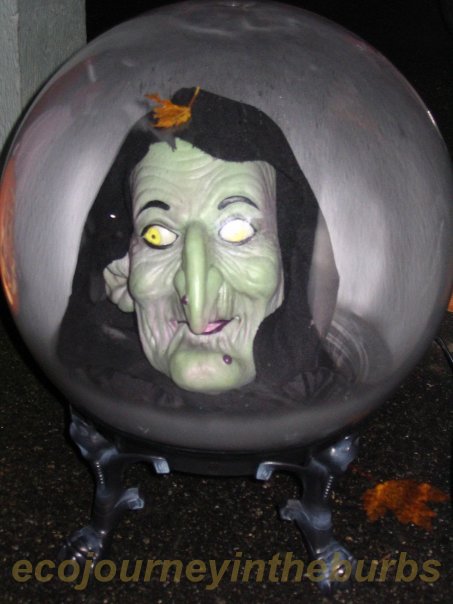 Our speaking witch's head in a crystal ball decoration

This was quite shocking to her. The world to her is still a good place where the worst thing that can happen is someone can get sick and die. She had the same reaction when we read Little House on the Prairie and one of the characters said, "The only good Indian is a dead Indian." Racism (and the word Indian rather than First Nations) was a new concept to her and she had a hard time understanding why someone could be judged, hurt or killed for who they are.

She asked more questions about witches, and then said, "Maybe we are witches then. We love nature." At first I liked this idea and chuckled. I love that my daughter sees the beauty in nature and is learning to value and protect nature. And I love that she was able to see that witches of yore may have held similar beliefs. But as I thought more about it I became concerned. People do not understand nature based spirituality; too often images of satanists swirl in their heads with the Hollywood version of wiccans. I have heard derogatory comments about people who follow wiccan beliefs. They are seen as weird, and anything odd about them is chalked up to their unconventional beliefs.

I understand where this comes from. Some people feel that a Muslim woman wearing a traditional hajib is a potential terrorist. We fear what we don't know and we seek to make sense of it. The easiest way is to categorize and stereotype, which brings us back to Hallowe'en costumes. I understand that sometimes the fun of Hallowe'en, for adults, is to shock and push boundaries, and there is a time and a place for that in life. I'm not a killjoy and I love Hallowe'en. I may have worn costumes that offend someone (in fact I'm sure I have) and I will continue to wear witch costumes at Hallowe'en. I will, however, remember that the mythology of evil witches is based upon persecution. 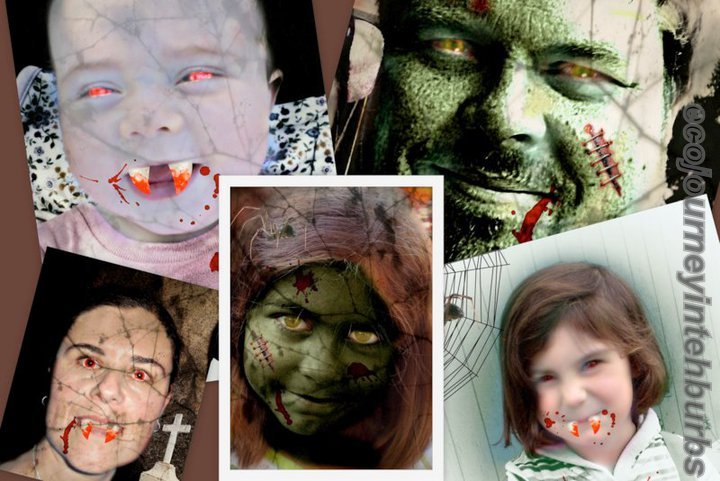