Listening To My Kids

Welcome to the February edition of the Simply Living Blog Carnival - New Beginnings cohosted by Mandy at Living Peacefully with Children, Laura at Authentic Parenting, Jennifer at True Confessions of a Real Mommy, and Joella at Fine and Fair. This month's topic, our writers consider where they are with their New Year's Resolutions or new ventures of 2013. Please check out the links to posts by our other participants at the end of this post.


I do not live a particularly simple life. I have a husband and three daughters and I work half-time as a teacher in the public school system. Like many families my husband and I juggle jobs, school drop off and pick up, childcare (thankfully my mother), activities, and professional development. For all intents and purposes we are a typical suburban family. 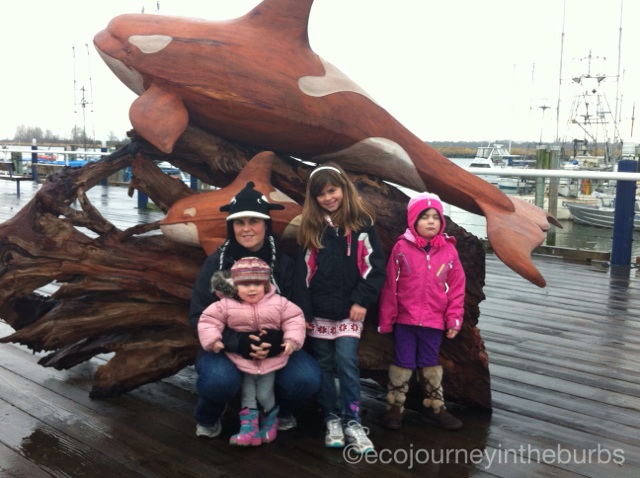 A wet coast walk in Steveston, a picturesque
fishing village down the street from our home.


I do dream of the simplified rural life, free of time constraints and pressures of urban living, where we could live on one income so I could be at home full time with my daughters. 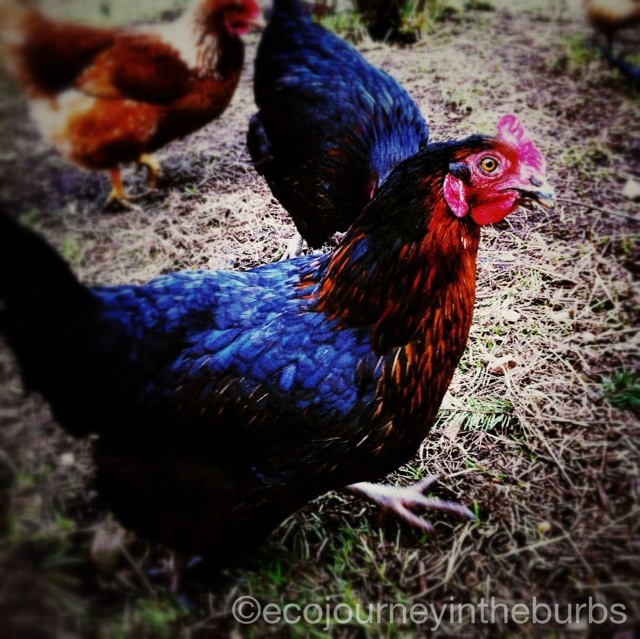 From our trip to Salt Spring Island last year - the trip that
reawakened my modern homesteading dreams.


This is why I am grateful that I work half time and have my summers off; I can do a vegetable garden, bike ride as much as possible, cook from scratch and make rather than buy.

Before we plunged head first into the school years I always said that I could not spend my days chauffeuring my children from activity to activity, filling their days with lessons and sports and classes. I vowed that each child would be enrolled in a maximum of one class at a time because I remember the golden days of my childhood when my friends and I played for hours, unaware of the time until we heard mothers calling children home for dinner. I wanted my own children to know the joys of playing pretend and making things. I did not want to have their time scheduled and planned for them so that they would not know what to do with themselves when there was a free moment. 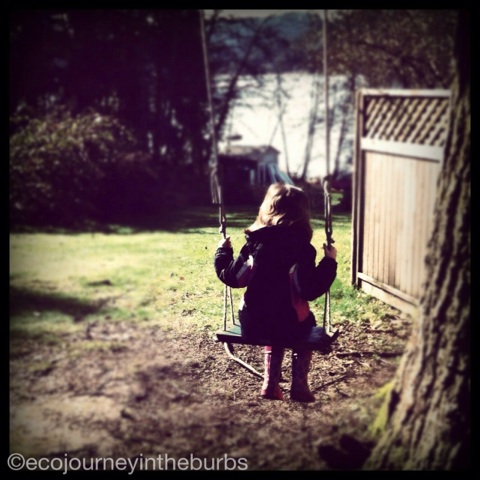 Oh the simple joys of childhood.


As they say, the best laid plans of mice and men and all that. We largely resisted after school and weekend activities as long as we could, until my oldest became aware of things that her friends were doing. She joined one activity that she wanted to do with a friend. Then came another that she "really" wanted to do. Then swimming lessons (for safety) and others. Add to that a younger sister who is now in school and wanted to do two different things. When I returned to work after having my third daughter, things became a constant juggling act, which is not unique to families these days. 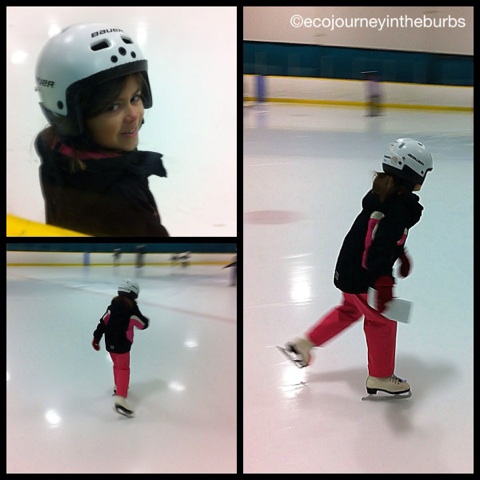 
This school year I relented and between my two oldest girls they were signed up for several activities. Two of the activities I practically begged my girls not to join but they insisted that they truly wanted to do them. I had my doubts but listened to my kids. I know this may sound selfish, but taking them to activities takes away from things I like to do. But if they really wanted to do them, I would be a bad mother for not indulging them, right? So I relented on my one activity per kid rule.

The initial excitement of something new quickly faded as the reality of schedules sank in for my girls. They had to miss out on playing with a friend here and there, and a few times friend fun had to end early to make it to an activity. My three girls are good friends with each other and generally all three are included in the fun because they use their imagination so much, going on adventures and secret missions together. 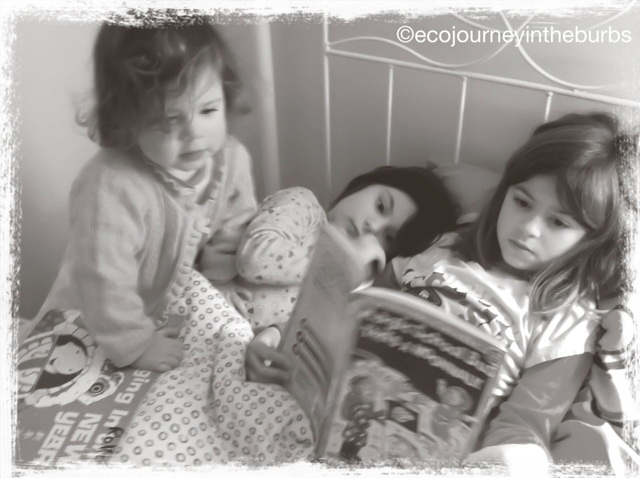 This is how I sometimes find them, all cuddled up together.


It became a battle to end their play at home to get ready and make it to an activity on time. But because we had made "the commitment", they had to go. I was teaching my girls about responsibility and follow through. You start something, you finish it. This became my mantra everyday when I had to deal with tears, pouting, screaming and procrastinating when it was time to get ready.

I began to dread the days we had to go somewhere for my girls, especially my middle daughter. I couldn't take the fights, and so once in a while, when we were running so behind because of the battles that we would be over ten minutes late, I relented and said that we weren't going. Immediately I felt like I had cursed them to a life of dropping out and failure because I had not made them finish what they started. But I also felt great relief at the end of the bad feelings, tightness in my chest and popping blood vessel in my forehead. 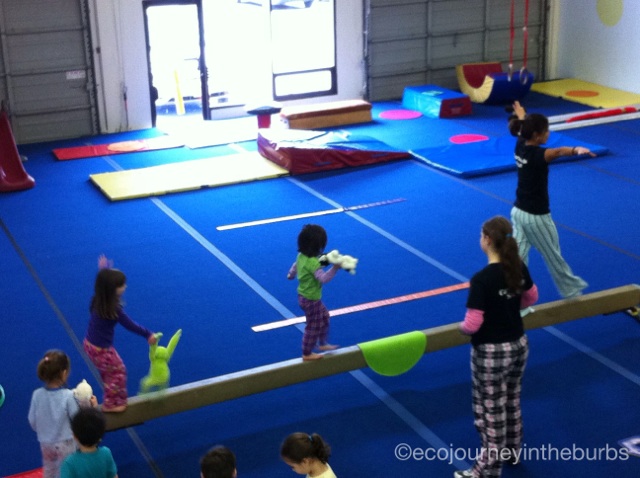 Gymnastics class - one loves it, one does not.

Over the Christmas holidays, when we had endless time to play, explore, make and do, when I noticed how free and happy my girls were, I began to reassess what I was doing. Did it really matter if they quit something? Would it make them "better people" if I forced them to continue with something that caused them angst? They have a lifetime to develop interests, skills and knowledge. They have a lifetime to learn about adult responsibility, but they are children now. I decided to let them quit all but one activity that they enjoy.

It feels good to simplify our lives. Sometimes it is important for me to listen to what my girls are telling me with their behaviour. I need to remember what makes us happy and stick to it.


.....................
I have since backtracked somewhat on my one activity rule because both older girls have begged me to let them take skating lessons again, on top of the one activity they chose. Never say never, right? There have been no battles getting ready so far, partly because I had a big talk with my girls about all of this and included them in the decision process. That and they know it ends in March, and I know that my own parenting "rules" can and should be broken when my kids need it. The longer I'm at this parenting gig the more I realize how little I know and how my kids and I are just figuring things out together as we go along. But simplifying things a little feels good and we all feel more relaxed and happy.

***
Thank you for visiting the Simply Living Blog Carnival cohosted by Mandy at Living Peacefully with Children, Laura at Authentic Parenting, Jennifer at True Confessions of a Real Mommy, and Joella at Fine and Fair. Read about how others are incorporating simple living into their lives via new beginnings. We hope you will join us next month, as the Simply Living Blog Carnival focuses on Clearing the Clutter!