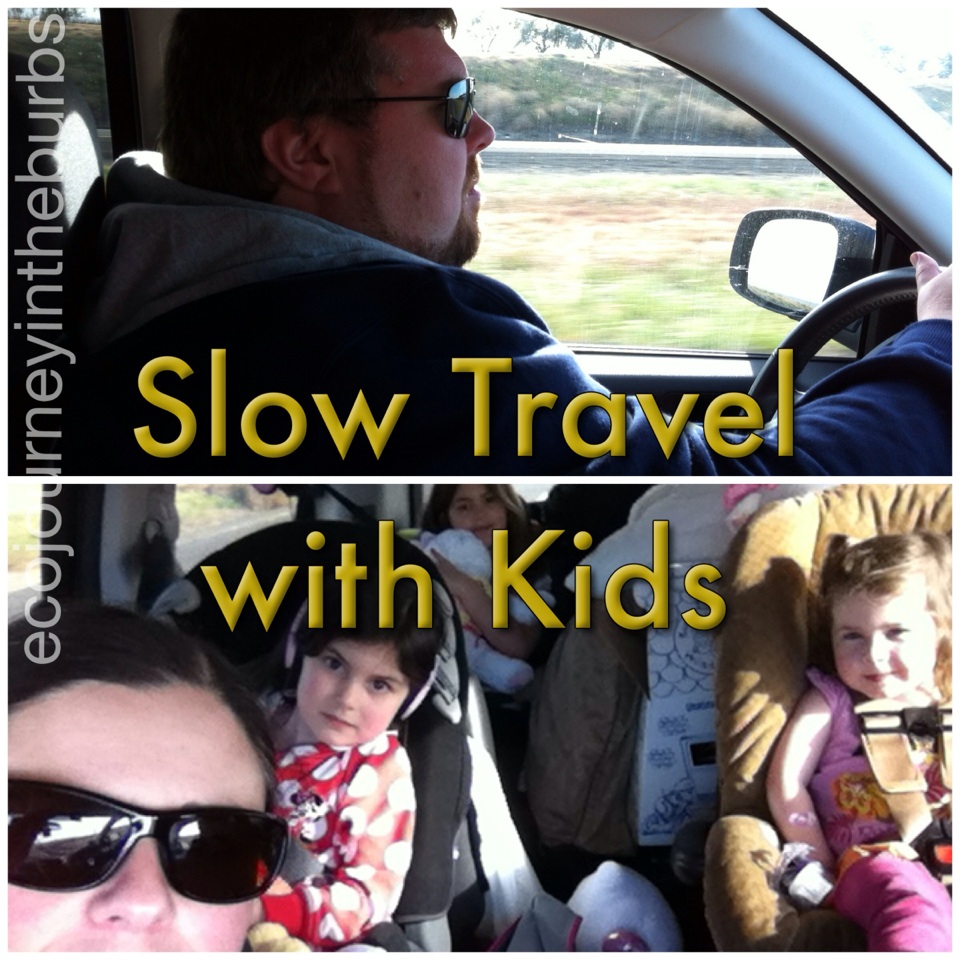 My family recently drove to southern California for spring break. The round trip was about 4 000 km (just shy of 2 500 miles).

We chose to drive for a variety of reasons. First and foremost flying was cost prohibitive for us as a family of five. We looked into flying from the nearest U.S. airport and even though it was less expensive, it would still make our trip beyond what we could afford at this time, if taxes, airport fees, transfer fees and parking were included.

I have a romantic view of family road trips because of all the vacations I spent with my family in a car. We drove to California, the Oregon coast and the west coast of Vancouver Island numerous times, to Barkerville, B.C., the Rockies and completely across Canada to Newfoundland. Even though I know there was lots of fighting, I mostly remember the good. I want my children to know about the places along the way to the destination and I want them to have fond memories of family bonding.

Before having children my husband and I enjoyed driving trips where we could spend hours listening to our favourite CDs (remember those things, before iPods and playlists?). We loved camping and went all over southern B.C. Our longest road trip was driving to San Francisco to visit a friend, and we had a wonderful time.

Both my husband and I were very nervous about driving. I know that driving with children is not novel and people do it all the time. However, five years ago we drove to Calgary with a three year old and a six month old and it was a disaster. To say my oldest did not travel well would be an understatement, and we have avoided long driving trips (more than half a day) ever since. Even the five to six hour drives have been challenging for us. 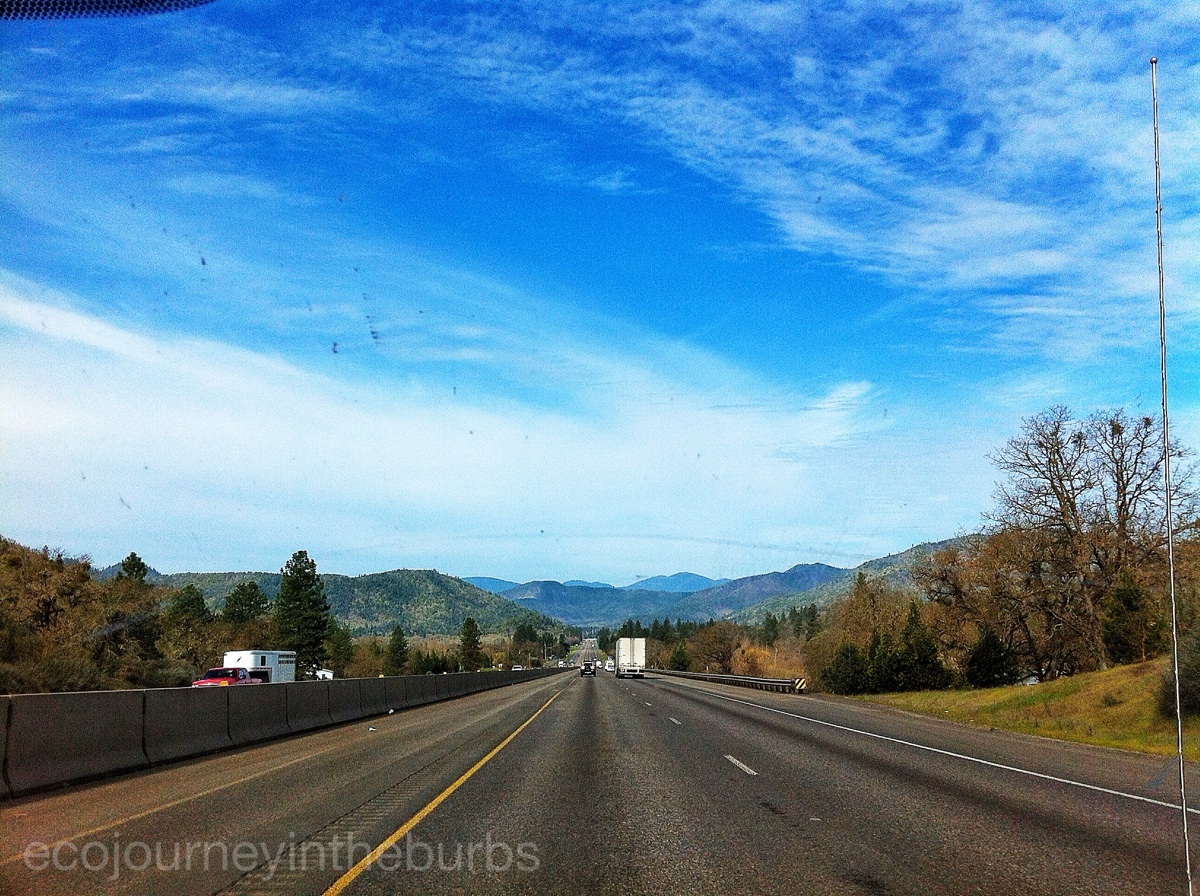 However, the so-called experts are somewhat divided on which is the more environmental travel method. Some have argued that we should be less concerned about airplane travel, which most of us do very infrequently, than daily commuting by car. I suppose a more environmental way to travel would be to take the train (and would perhaps be more relaxing for the parents) but rail travel is surprisingly expensive and therefore out of our reach.

In the end, regardless of the reasons, I was excited (and still very nervous) about driving from British Columbia to southern California. 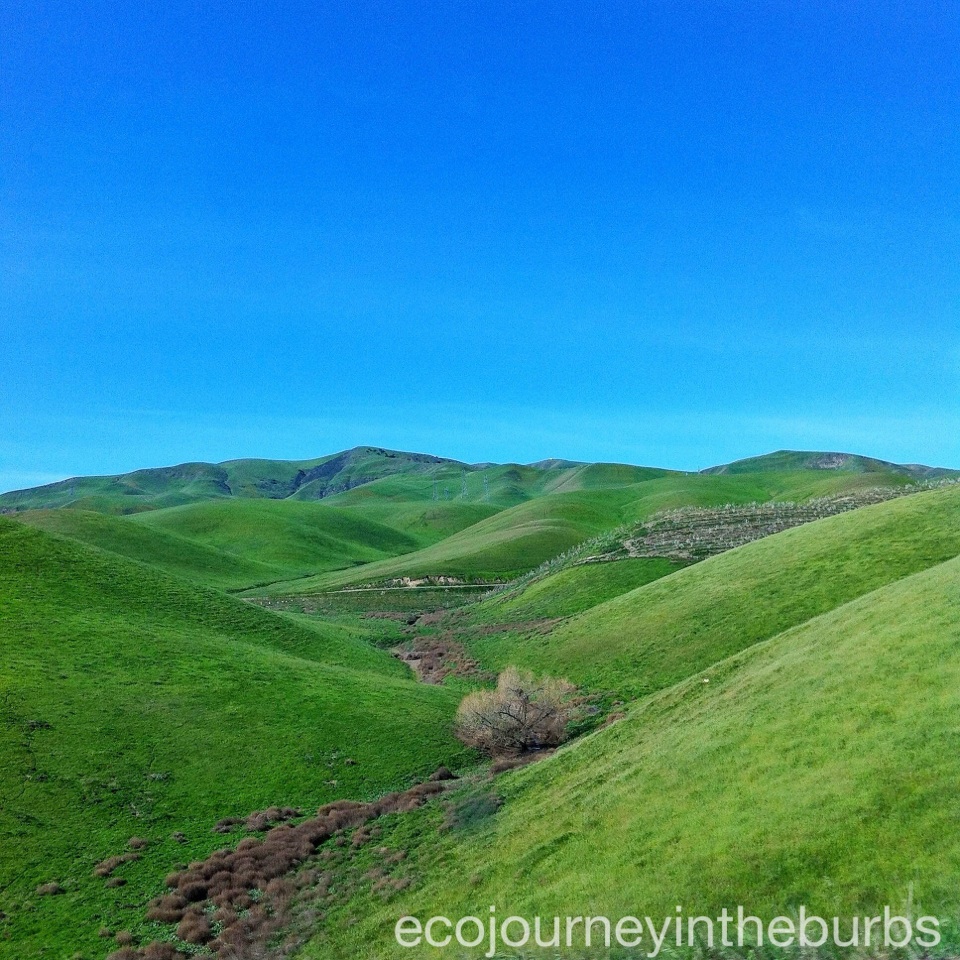 The rolling hills of central California

There were some tense moments with my three year old and my six year old got car sick on the way home, but we survived. In fact, given some more time to recuperate, we are excited to plan another car trip because all the benefits of slow travel. 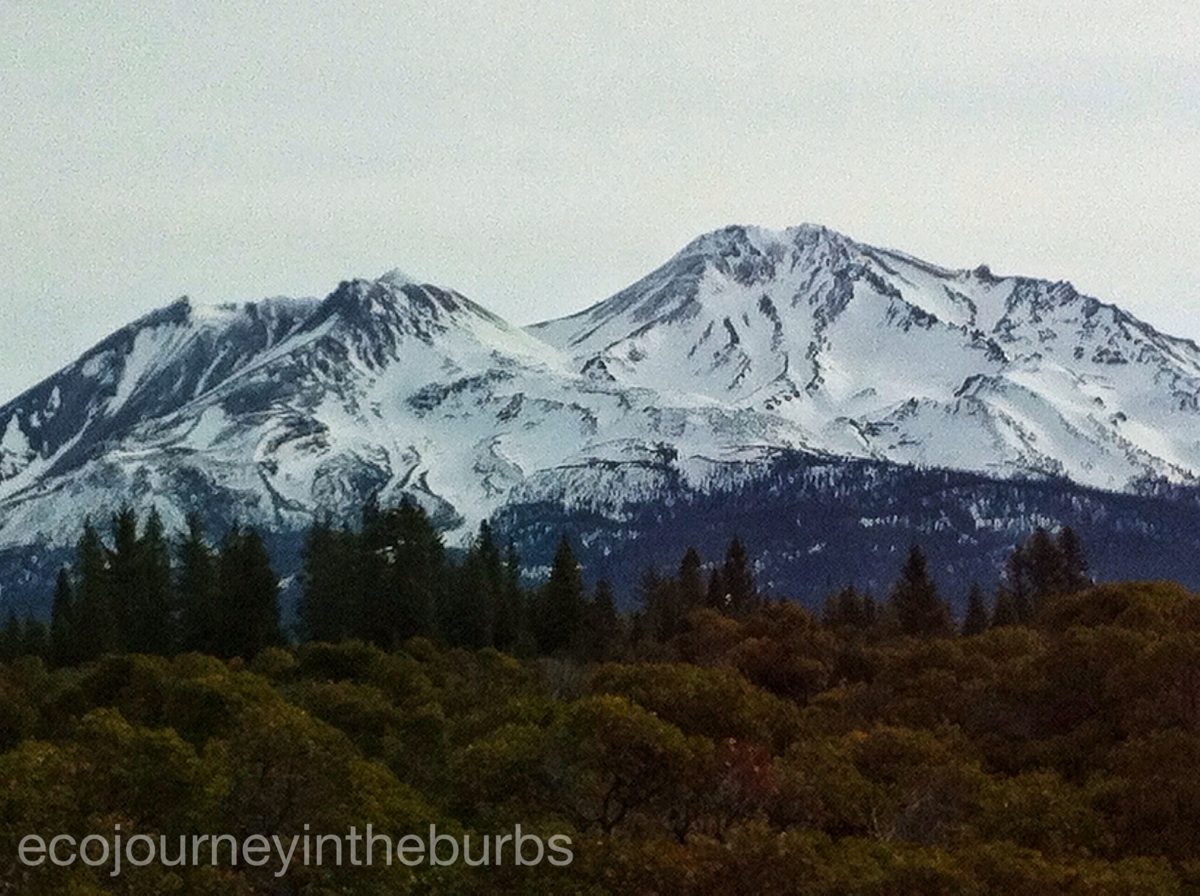 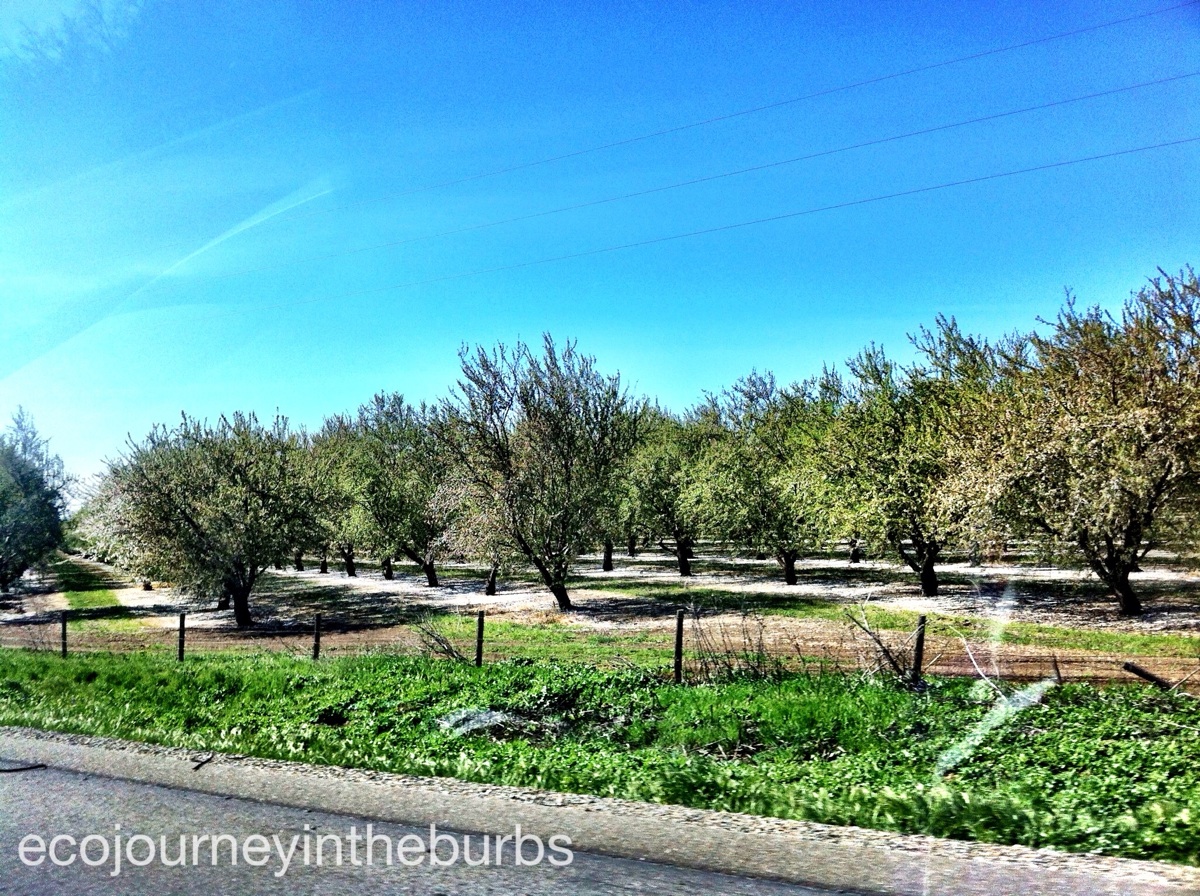 One of the many orange groves we passed. The fresh, ripe fruit was delicious. 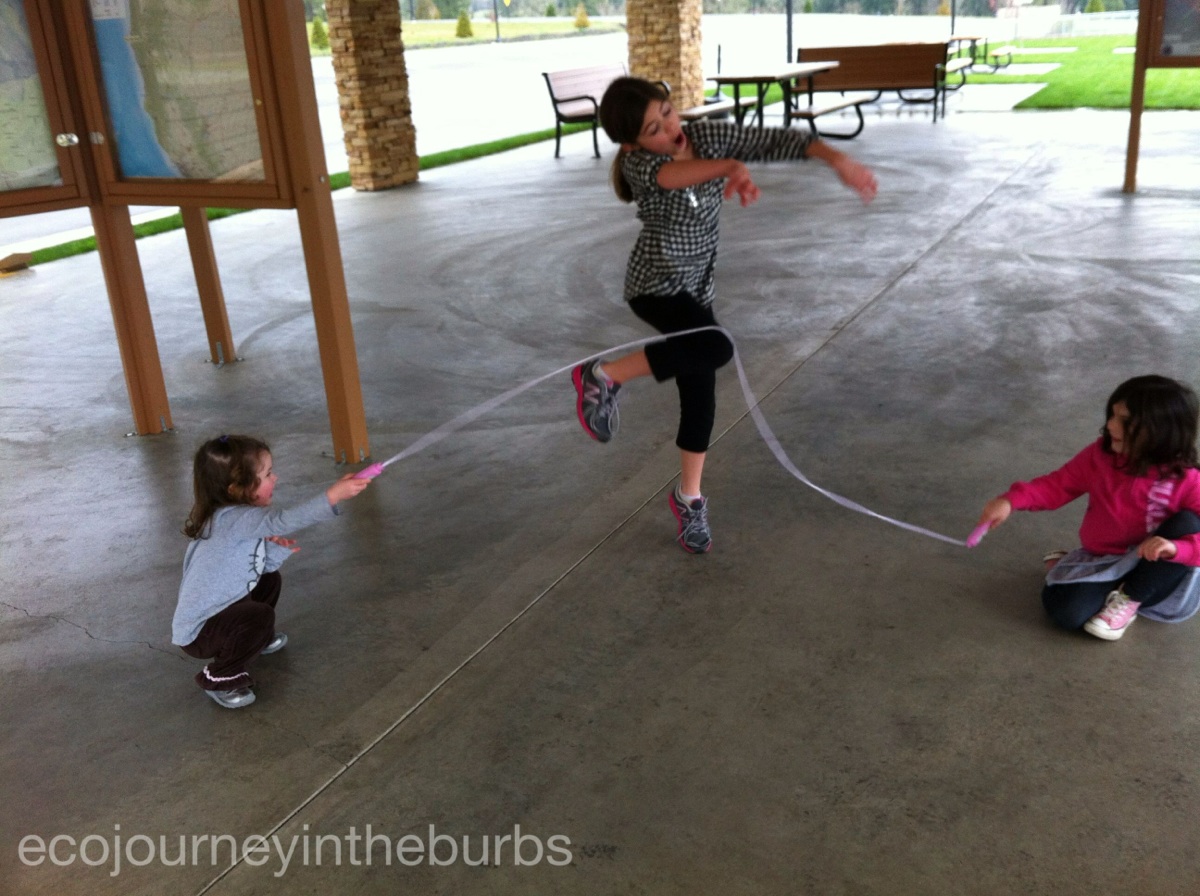 Now that we know we can survive multi-day driving trips it opens up so many more opportunities for us. We are beginning to dream about driving to the Oregon Coast, returning to Tofino on the west coast of Vancouver Island, and possibly again driving to southern California but doing the coastal scenic route.

If we had been able to afford air travel we probably would have flown to California this year, given the time it took to drive. In the end though I'm glad we drove and took the slow path.