My Top 11 Uses for Coconut Oil 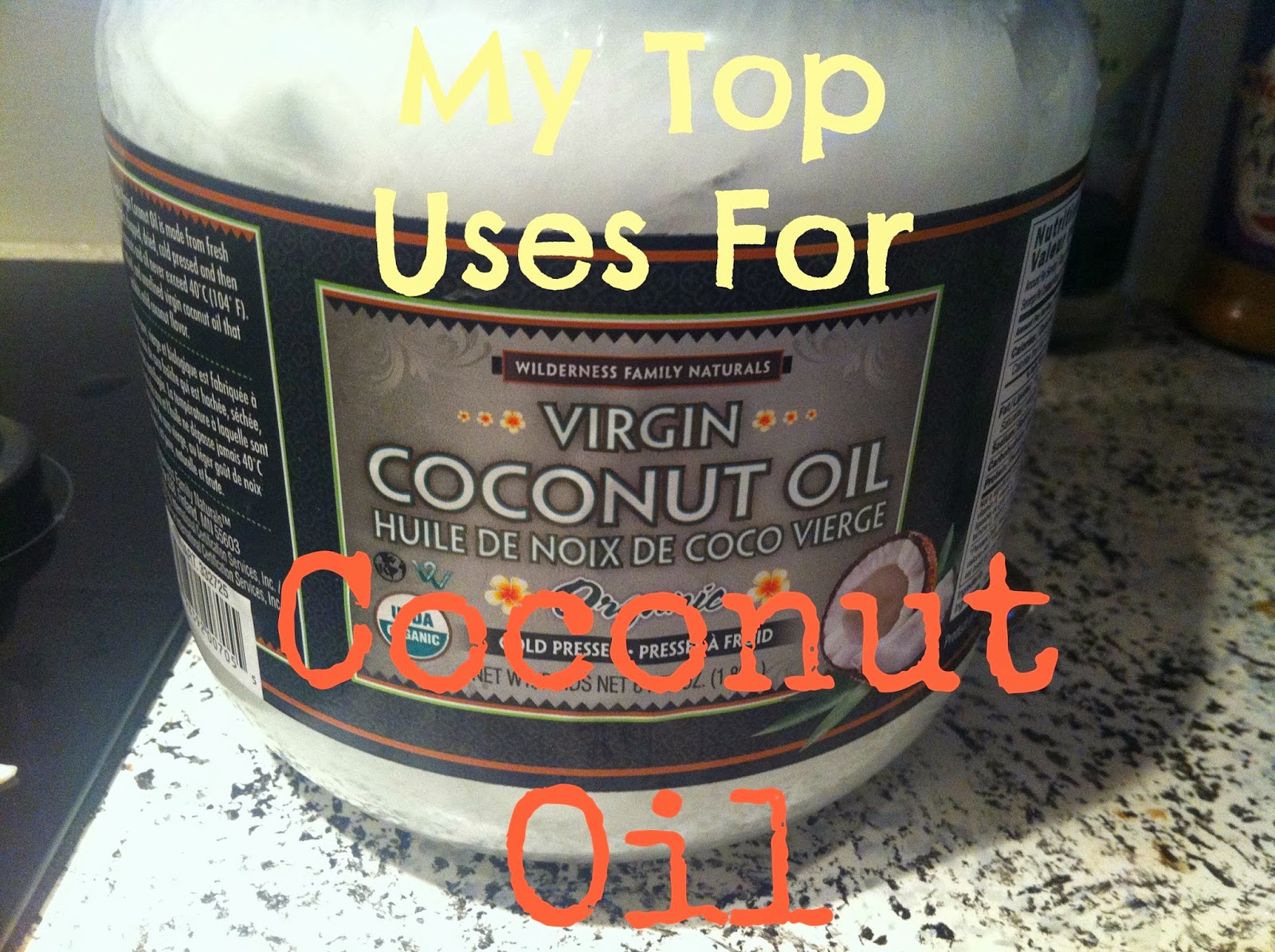 I realize that the blogging world is buzzing with ways to use coconut oil, and the big natural health bloggers have been extolling the virtues of coconut oil for some time. I probably have dozens of pins on Pinterest for the uses of coconut oil, and I have two ebooks on my Kindle about why it is so beneficial for people to use. I would like to share my journey into the wonders of coconut oil.

There is much debate in the medical and natural health world about whether coconut oil is the new wonder food and can doing everything from curing dementia to weight loss, or that promoting it's health benefits are akin to selling swamp land in Florida. One side says it raises cholesterol and is only healthier when compared to butter, the other says that it actually lowers the bad cholesterol and raises the good cholesterol.

I slowly stared using coconut oil to fry and sauté food when I began turning away from vegetable oils. I researched PUFA oils (poly unsaturated fatty acid), which are in omega-3 and omega-6 rich oils. I read about the dangers of getting oil from some omega-6 rich products like corn, seeds and soy without a heavy manufacturing process that exposes the oil to oxidation and chemical solvents. Then to keep the oil from going rancid, it is treated with more chemicals. To top it off, the oil oxidizes even more when used to cook at high temperatures, which can contribute even more to free radicals. Also, our bodies need less omega-6 oils than omega-3, so we may be eating more of the wrong kind of oil. So while PUFA oils are held up as healthy, low fat oils, they are not. There is also the issue that low fat may not be the healthiest way to eat. (source) In the end, I'm not sure that I want to eat oil that is not possible to obtain without heavy manufacturing. Just grind corn or grape seeds and you can see that there is no visible oil present, compared to the cream rising to the top of whole unhomogenized milk and when squeezing olives.

I still love olive oil (extra virgin oil is easily obtained without heavy chemical manufacturing) but it is not ideal for cooking because of the omega-6 content that can oxidize with heat. I have moved toward butter as a "real food", it also does not do well for cooking at higher temperatures. 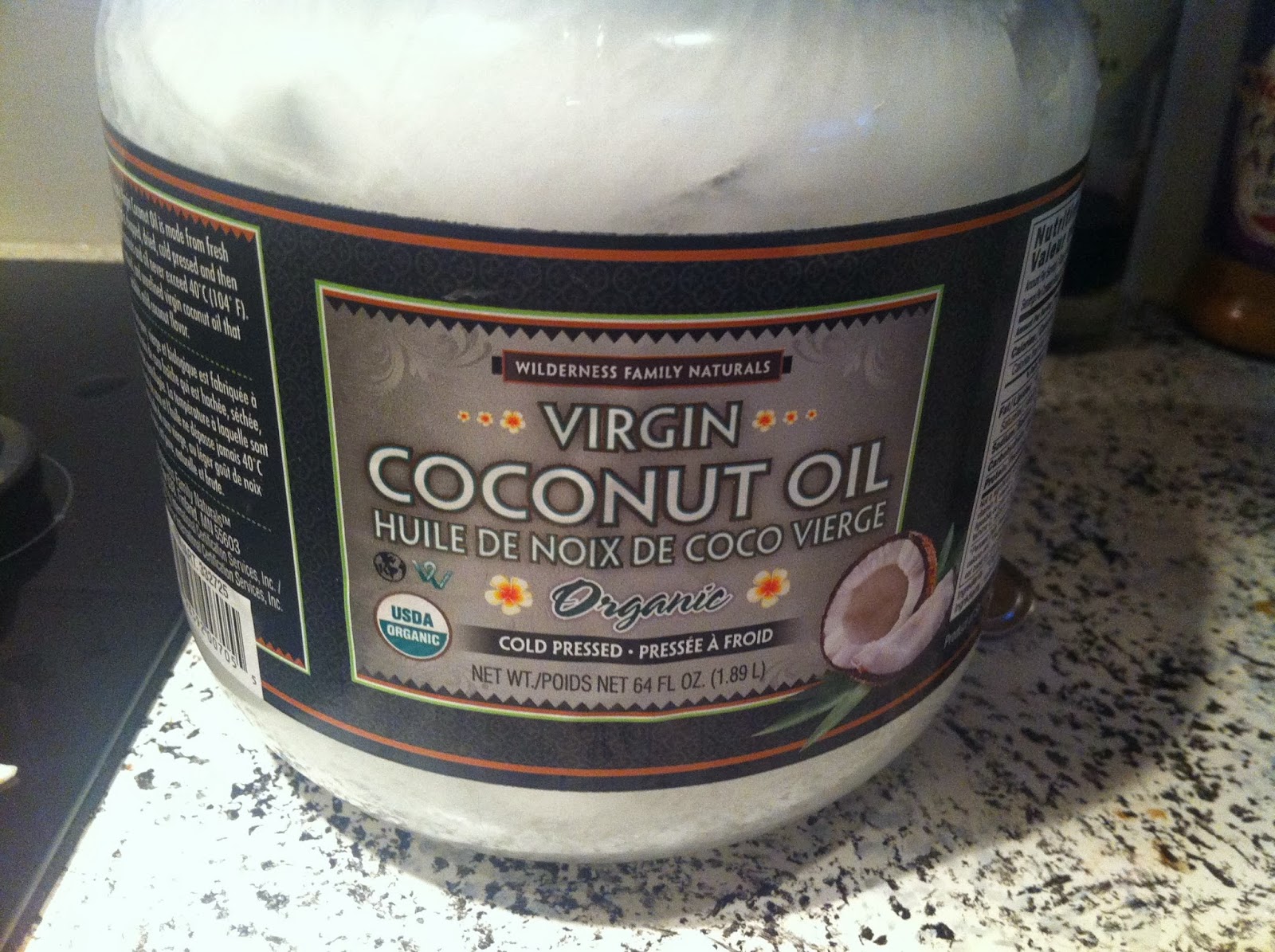 Enter coconut oil. It has been used for centuries for nutrition and health by practitioners of ayurvedic medicine. For example, oil pulling involves daily rinsing of the mouth with coconut oil for healthy teeth and gums because coconut oil is naturally anti-bacterial and anti-fungal. It is also used for detoxing and a multitude of other health benefits.

Virgin coconut oil (VCO) is processed by pressing the "meat", which is cold pressed, to obtain the oil, although some heating occurs due to the pressure so cooling is required to keep the oil from heating up and therefore oxidizing. Some coconut oil is processed using extreme heating and chemical processes, but it is not labeled virgin coconut oil and is therefore easy to avoid. Because coconut oil is slow to oxidize it does not go rancid for a long time (two or more years), which is not the case for most oils.

I must admit that at first it took me a while to get used to the taste of food cooked in coconut oil. I have never been a fan of the flavour of coconut. As with anything new, though, once I gave it time I began to enjoy the flavour. I started talking to people about coconut oil and heard how they were using it. Some put it in smoothies, others use it for skin moisturizer.

What? Skin care? This sent me down a whole new rabbit hole. It was at this point that I was also researching ways to detoxify my personal care products like makeup, moisturizer and cleanser, shampoo and conditioner, and the two paths collided. I began using coconut oil for basically anything you could imagine. My bathroom counter now resembles my kitchen counter (because along with coconut oil, I use honey, apple cider vinegar and Himalayan pink salt for personal care products). My daughters have jumped on the coconut oil bandwagon with me and together we are continually trying it for new purposes.


Here are my top 11 uses for coconut oil: