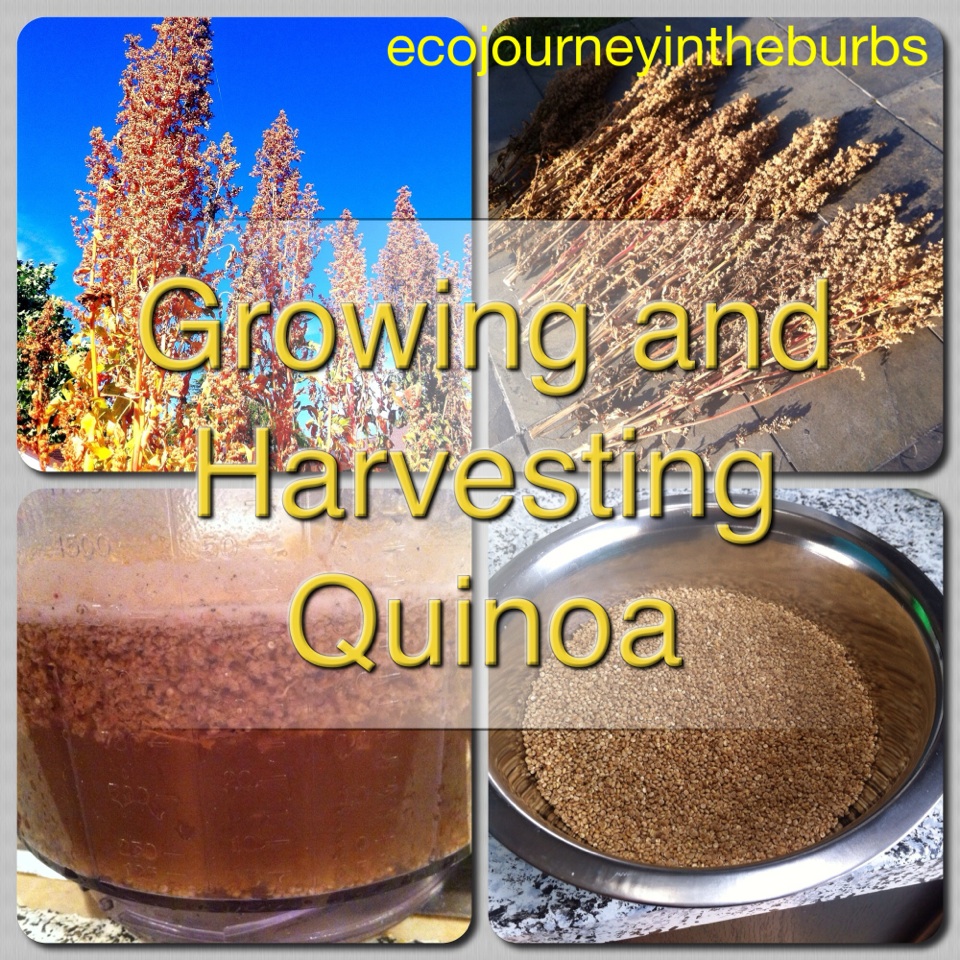 After seeing a very wise gardener friend's photo of her quinoa harvest on Facebook last summer, I knew I had to add quinoa to my garden this year. I direct sowed the seeds into the end of one of my raised beds nearest my patio (mistake #1) completely unaware of what quinoa looks like when growing (mistake #2).

The seedlings came up fairly quickly and grew rapidly. Within a few weeks I had tasty baby greens similar in texture to spinach that I used in salads. However, it soon became clear that the quinoa was going to be tall. I decided to google what quinoa looks like when it is growing and I discovered, much to my surprise, that it can grow to over six feet tall! I was suddenly aware that I had planted it in the wrong spot in my garden, because it quickly blocked my view of everything else growing in the beds behind it. While it is lovely when growing, I wanted to see my cucumber trellis, mustard greens, chard and beets when I sat on my patio. Note to self: grow quinoa at the back of the garden if possible. 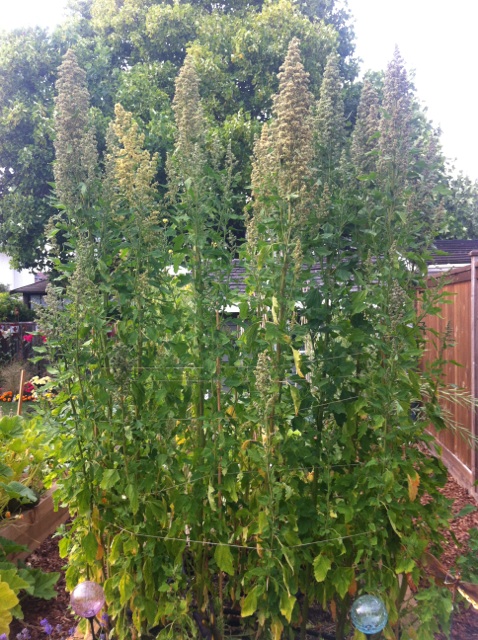 By August the quinoa was developing the "flowering" tops where the seeds would eventually grow. 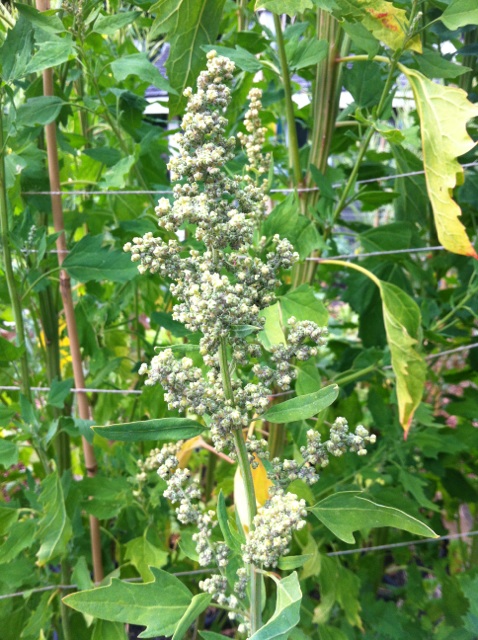 It became infested with aphids. Luckily ladybugs set up shop and happily feasted on them. My girls loved watching them and they learned about the life cycle of ladybugs as a result (yay for inquiry based learning).

By the end of August the tops turned a "calico" colour of reds and yellows and the leaves were falling off the stalks. 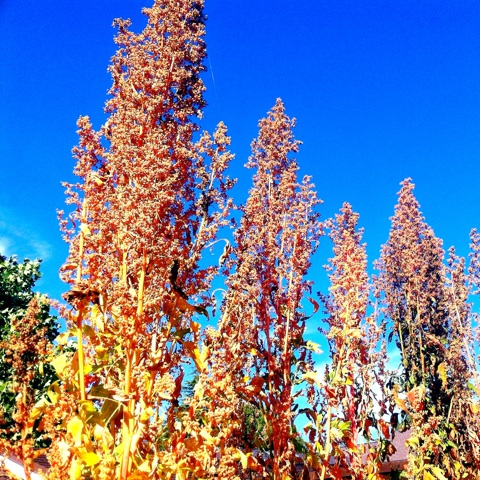 At this point I cut the tops off and let them dry before removing the seeds. However, I made mistake #3 when I left them on my patio table; shortly after this we had a rain storm and I had to rush out to move them to a covered area of my patio. 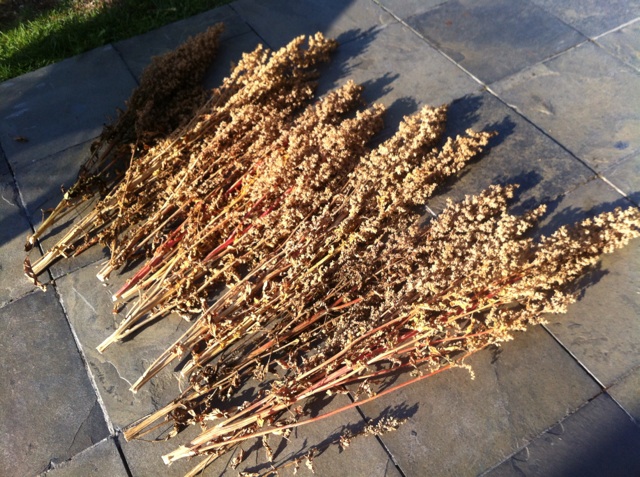 Now let me say right up front that I had (still have?) no idea how to remove the seeds from the bitter saponin covering. I did some online research and asked my amazing gardening friend how she did it. Then I improvised my own method based upon what I had learned.

I started by running my fingers along the stalks to pull the seeds off. When I was done I had a fairly large bag! 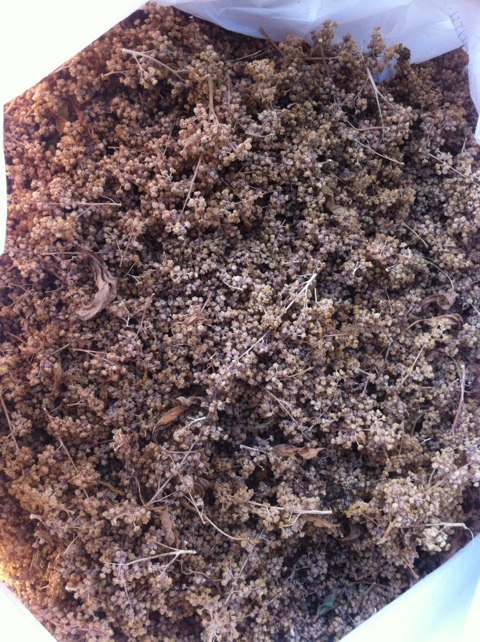 Because the seeds sink and the twigs and saponin float, I used a food processor to agitate on high speed and separate everything. 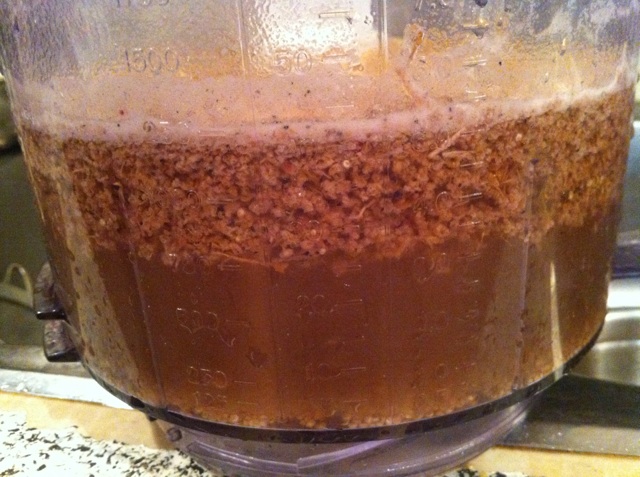 I knew that the saponin of soap nuts is what is used to clean clothes, but it was still surprising to see the foamy, soapy water when agitating the quinoa! 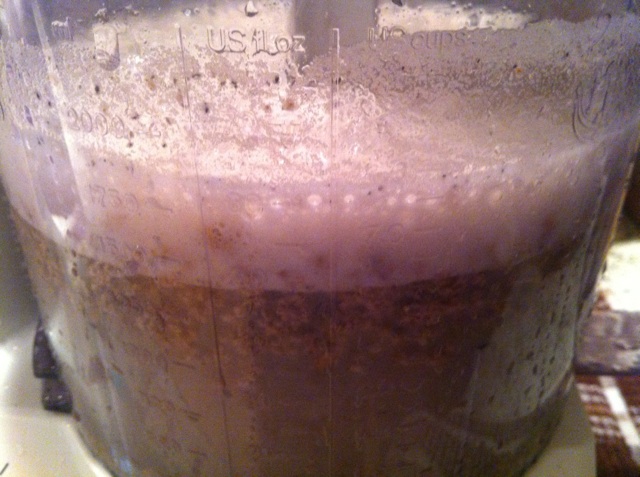 I poured off the chaff, refilled the container and put through the processor several more times for each batch until nothing floated, and put the seeds aside. I did this until there was no more left to separate. 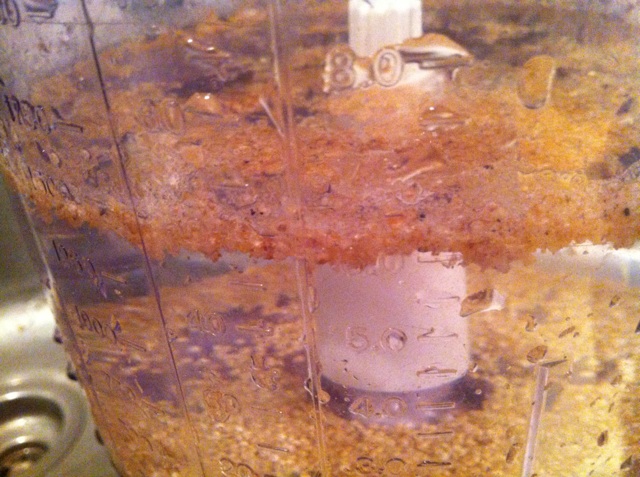 When I had nothing but seeds remaining, I put them into the processor again and agitated on high speed to ensure that I had all the saponin removed. 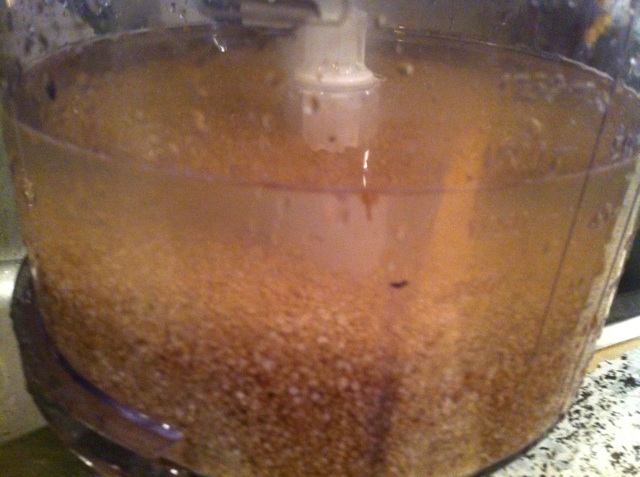 When nothing was left floating I washed the seeds with fresh water until the water was no longer murky. 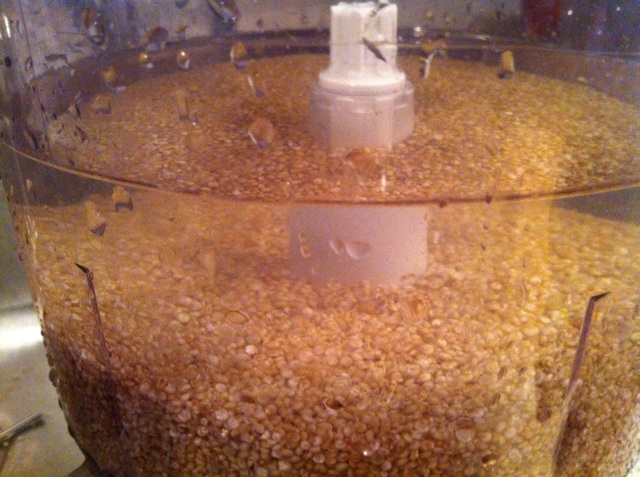 This is what I had left.


The next step was to dry the seeds. My friend mentioned to me that she had a problem with her seeds going moldy despite thinking they were completely dry. I don't own a food dehydrator to help with this so I decided to dry them on a low heat in the oven, which took several hours. My husband thought the house smelled amazing, but my youngest daughter kept on asking, "What that bad smell?" 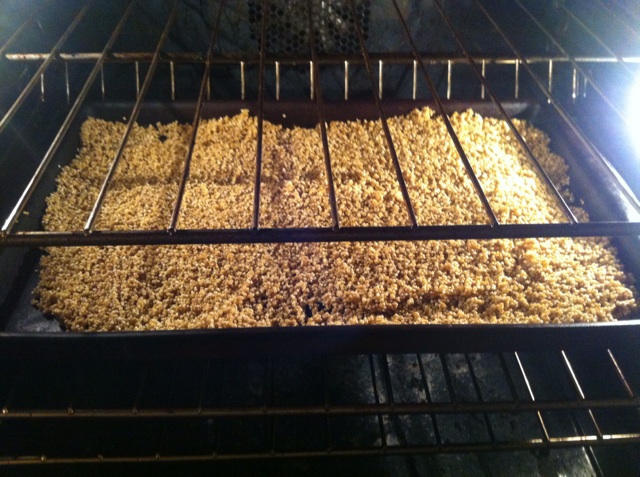 This is how much I had after drying. 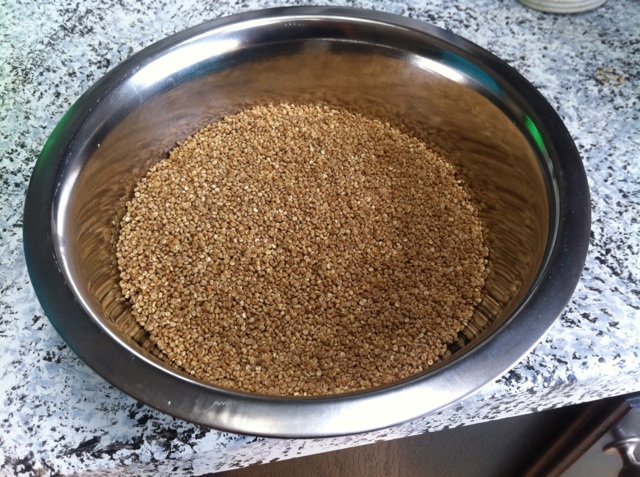 I learned a great deal going through this process. I know what I will do differently next year, and I am going to do some more research into the best way to dry the cleaned quinoa seeds.

What amazes me, and what intrigued me from my friend's photo of her quinoa harvest last summer, is how little I ended up after drying. I had approximately ten plants and I was left with a very small bowl of seeds, probably enough for 2 - 3 meals for my husband and myself (my daughters won't eat it).

It really brings home the idea that we should be more grateful for all of the food we eat that other people grow for us. Our food is worth more than we pay for it and yet we think it is too expensive now. My small bowl of quinoa is like gold to me. It took about three hours doing this by hand, for a small bowl. I kept saying to my husband that I am now willing to pay whatever they charge for organic quinoa. 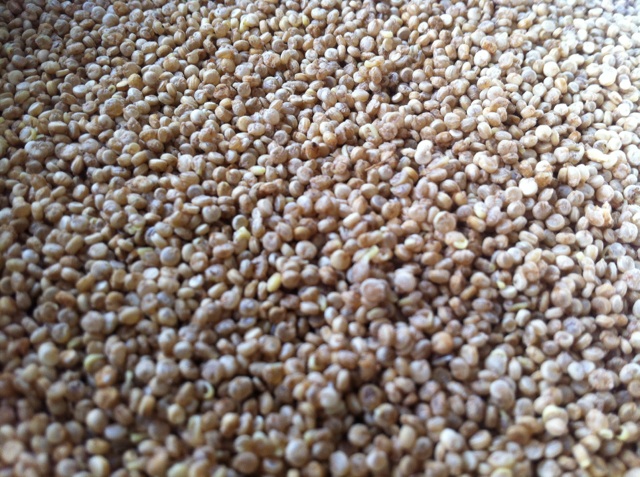 Growing my own food has taught me so many lessons - patience, planning, acceptance and gratitude. I can now expand my understanding of gratitude to being thankful for all of the people in this world who grow organic food for us.