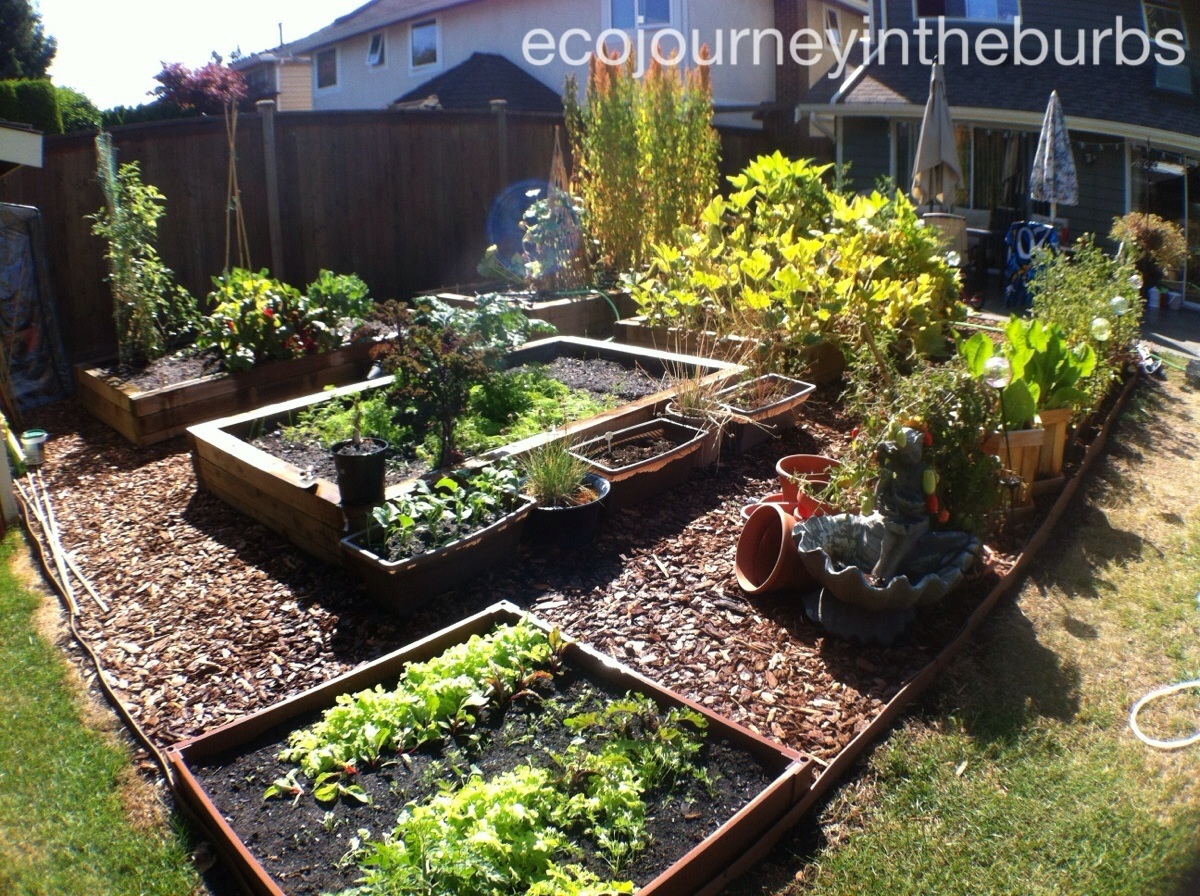 It is now September and the long, warm days are winding down. I've been busy in the garden, with harvesting the summer veggies and cleaning up the beds to plant winter crops. I spent my Labour Day long weekend the same way I started my summer - puttering about in my backyard garden - which seems very fitting. I have enjoyed watching the changes over the season and seeing plants complete their life cycle when they go to seed. Overall I would say that we have eaten four to five meals per week from my garden, which makes me proud.


My garlic turned out better than I was expecting for my first time growing it. Out of 25 cloves planted about half were harvested, and about ten were edible. The bulbs were huge - much larger than the original bulbs from which the cloves came, and they were delicious! I have more reading to do about growing garlic, but I already know that I need to add much more organic matter and fertilizer to the soil this fall (they are heavy feeders). At the Sharing Farm garlic festival last weekend I picked up $25 worth of garlic (several varieties) to plant this fall and I am looking forward to getting them in the soil.

In early August I started noticing powdery mildew on my peas, which were almost finished by this point. The mildew quickly spread to my mustard that had cone to seed and then the squash. I was very disappointed because I tried everything I read about over the winter to avoid the mildew: watering in the morning and using a soaker hose to water near the base of the plants. Having said that, I have been reading that this has been a bad year for the mildew in general, and even the weeds in my front yard are covered in it. As a result the zucchini hasn't produced as much as I had hoped, but we've still had enough to keep us going. I have also been disappointed with the saucer squash; they were the first squash to get the mildew and they have produced only three squash so far. 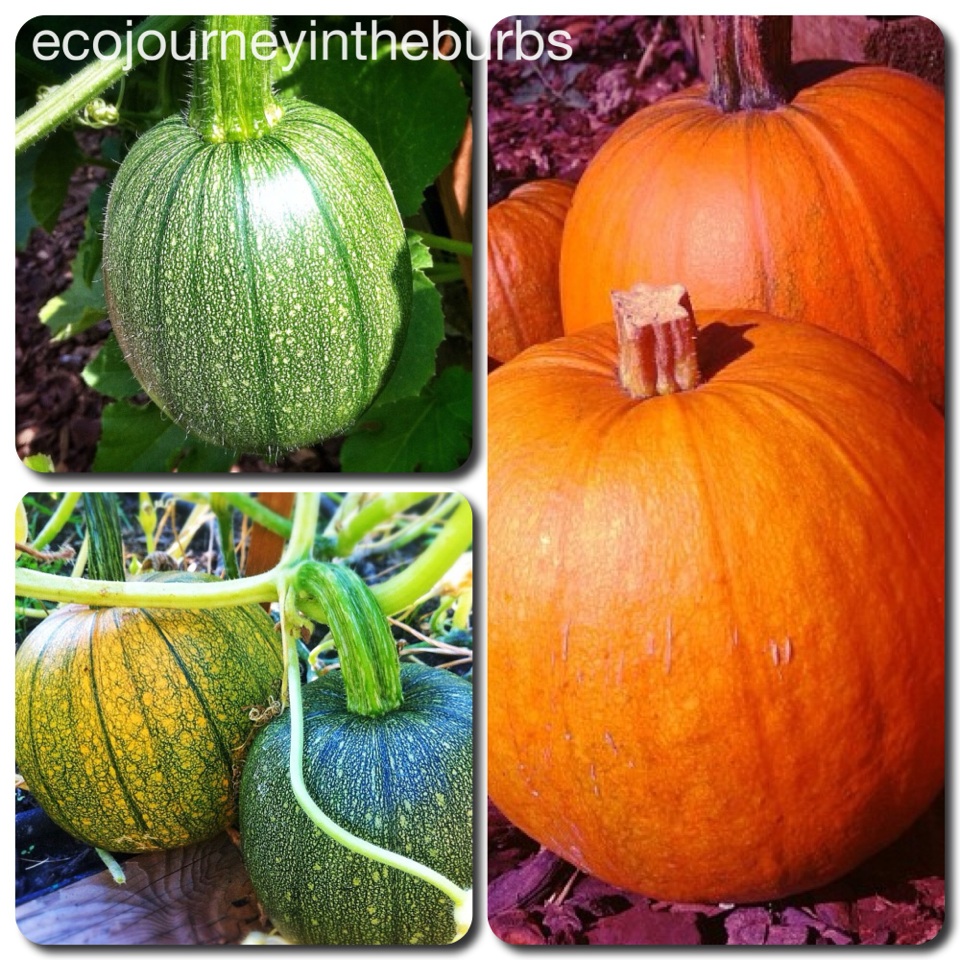 I planted more pumpkins than I intended because I didn't label all the seedlings when I transferred them outside to harden them up in the late spring. The pumpkins started growing earlier, and ripened sooner than I expected; by mid August most of them were turning orange. Despite having more pumpkin plants than last year, I have the same number of pumpkins - seven.

I thought carefully about what we actually eat to make sure that I wouldn't grow too much or little of something and I would say that overall I did well with this. We had just about the right amount of greens, peas, beans, salad greens, potatoes, chard, kale and carrots, and they all did well. I would say that the carrots were the most loved item in the garden this year by my daughters. My favourites were mustard greens, cucumbers, kale, beets, raspberries and tomatoes. My husband's favourites were the potatoes and mustard greens.

My daughters have enjoyed watching me in the garden and often ask to help. At the end of July they planted their own little garden and they are very proud of how it is doing. Of course the plants are crowding each other out because I let them plant what they wanted where they wanted. I find it interesting that my six year old wanted to plant vegetables that she won't eat. Perhaps this may encourage her to try them, but I'm not holding out too much hope as she is a very fussy eater. They are growing tomatoes, carrots, kale, beets, lettuce, and broccoli.

But what is a vegetable garden without the eating? There is nothing like growing your own food. It has been interesting to plan meals around what we have growing, which meant that we ate lots of salad and greens in the earlier part of the season. My "specialty" in June and July was mustard greens, beets and beet greens sautéed in garlic and balsamic vinegar, with feta cheese. I had many salads for lunch, which changed as new things came into season. Throughout the summer I have made quinoa salad that included whatever I could find in the garden, with apple cider vinegar and balsamic vinegar dressing. I experimented with salad rolls using rice paper noodles and wraps, and although they were a great deal of prep, they were fresh and perfect for summer. My family's favourite meal was my "zero mile fried rice", made from brown rice and again whatever I had in the garden. I tried kohlrabi from the farmer's market for the first time and found it was delicious in the fried rice; definitely need to add that to my list of things to grow next year. With tomatoes finally ripening and coming in fast and furious in the last week I decided to make tomato boccincini salad, and it was definitely worth the wait.

What I grew this summer: 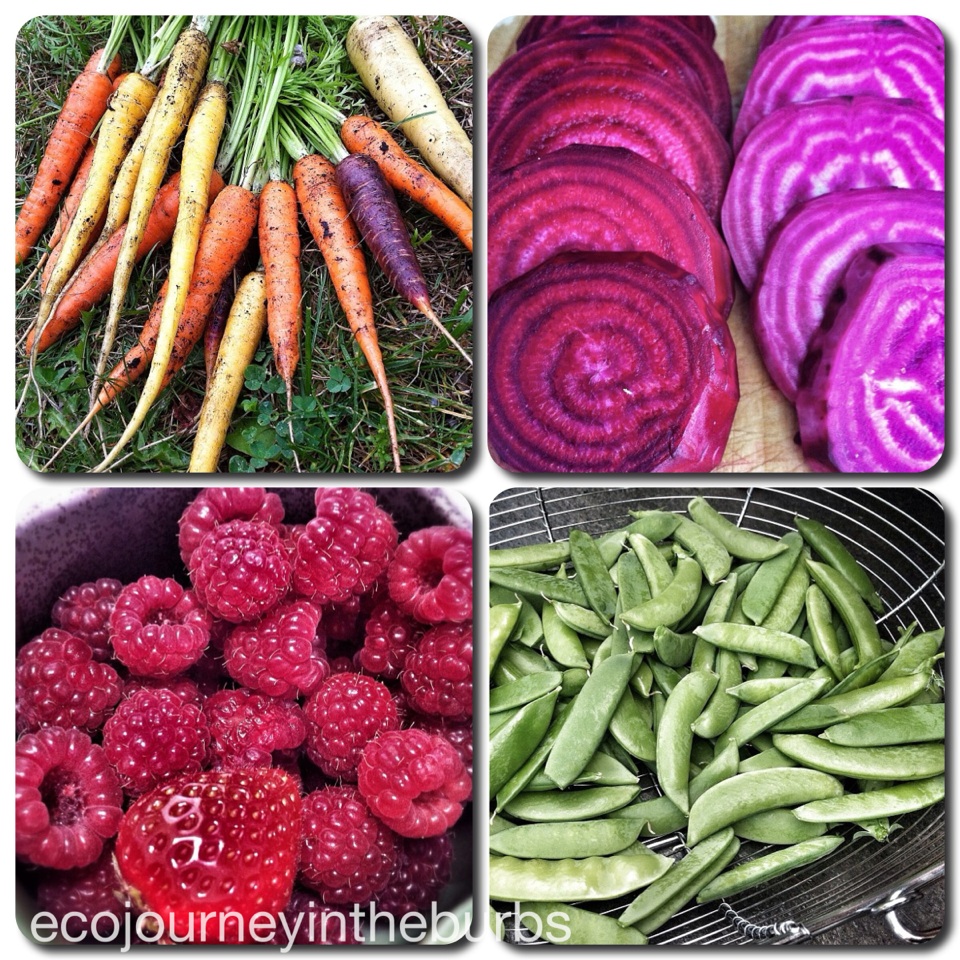 
What I will do differently next year: 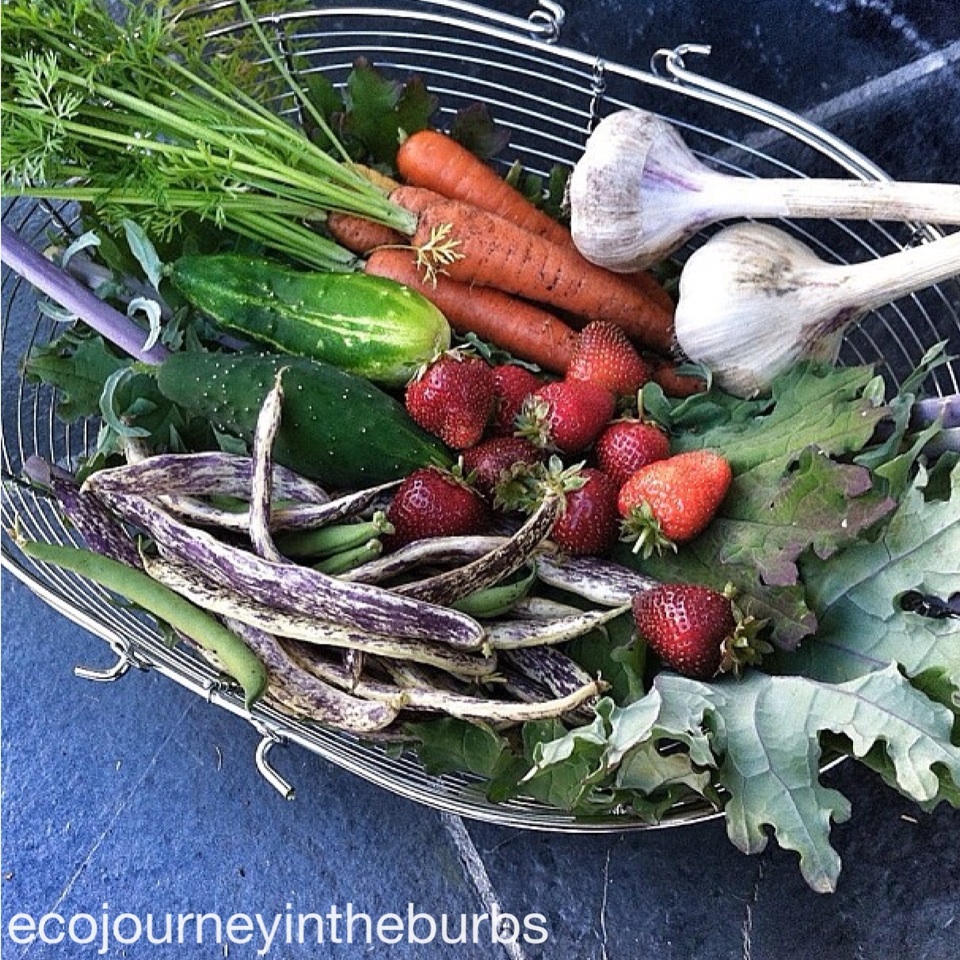 I was fixated on my vegetable garden this year, to the neglect of my flower bed at the back of my garden. I did plant marigolds for a burst of colour, but I found that they were also quite good in salads. This was the first year I tried planting sunflowers and while they took a long time to bloom, they are beautiful. But next year I may give some more attention to planting companion plants and flowers around my beds and containers to help attract more bees. 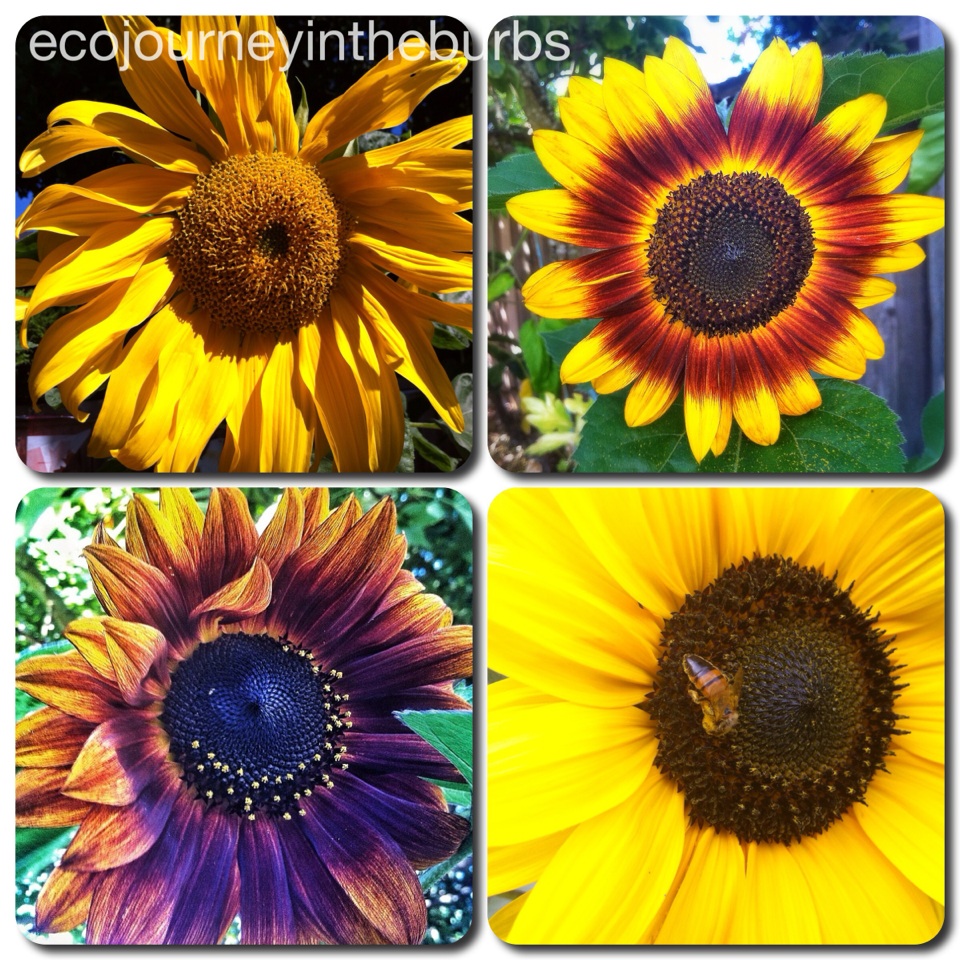